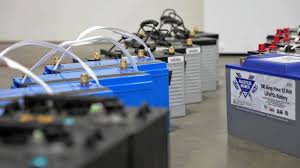 The Absorbent Glass Mat battery market is expected to register a significant growth of around 5% throughout 2021-2027. This is mainly due to factors such as superior properties of AGM batteries, such as their maintenance-free and non-spillable nature, the rise in investments in renewable energy, the rising demand for energy storage solutions for high-current applications, such as UPS, and the ease with which AGM batteries can be recycled in comparison to lithium-ion batteries, are driving the growth of this market. The market for absorbent glass mat (AGM) batteries is expanding in part due to the major manufacturer’s extensive R&D efforts and the creation of long-lasting, maintenance-free batteries. For instance, In October 2020- East Penn released the Deka HRC battery, the newest addition to the company’s highly regarded line of advanced AGM technology using Compu-Press, an exclusive process used to compress the lead into a grid built for corrosion resistance and long-life, ensuring the user doesn’t compromise on high-rate power or performance.

For a detailed analysis of the Absorbent Glass Mat battery Market browse through – https://univdatos.com/report/absorbent-glass-mat-battery-market/

Based on type, the market can be segregated into stationary and motive batteries. Among them all, stationary batteries are anticipated to dominate the global Absorbent Glass Mat Battery market during the forecast period. This is because the UPS and telecommunications industries have adopted it. The larger grid architecture and other characteristics of stationary batteries offer them a longer lifespan.

Based on the application, the global market can be segmented into automotive, UPS, industrial, energy storage, and others. Amongst them, UPS is to witness significant growth owing to the increased usage of AGM batteries for emergency backup applications for numerous commercial and industrial uses. The AGM battery powers the UPS system with high current for brief periods of time. Due to their characteristics including low internal resistance, increased specific power & efficiency, low purchase costs, and low self-discharge rate, AGM batteries are a favored option for UPS systems.

Request for a Sample of the report browse through – https://univdatos.com/get-a-free-sample-form-php/?product_id=23667

For a better understanding of the market adoption of Absorbent Glass Mat Batteries, the market is analyzed based on its worldwide presence in the countries such as North America (United States, Canada, Rest of North America), Europe (Germany, France, Spain, United Kingdom, Italy, and Rest of Europe), Asia-Pacific (China, Japan, India, Australia and Rest of APAC), and Rest of World. APAC regions is projected to hold the largest share of the market by 2027 due to rising demand from expanding economies such as China, India, and Indonesia, among others. The Asia Pacific AGM battery market is being driven by the region’s rapid industrialization and rising demand for high-tech goods. In Asia Pacific, China is the region’s top producer and consumer of AGM batteries. Due to the expansion of battery production facilities in the country, China now accounts for a significant portion of the AGM battery market in the Asia Pacific region. Global xenon market is expected to reach a market valuation of around ~250 million by 2027 and ..

The Digital Advertisement Market Is Expected To Reach Us$ 317.64 Billion By The End Of 2020, North America To Witness The Highest Demand

As the coronavirus outbreak wreaks havoc around the world, infecting more than 3 million people .. 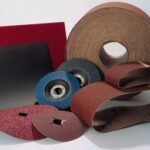 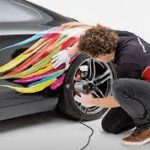