The Global Alfalfa Hay market is expected to register a CAGR of around 6% over the period of 2021-2027. A rise in the livestock population across the globe is one of the prominent reasons due to which the demand for alfalfa hay is on the rise. It supports rumen health and fermentative digestion, promoting total health in animals. Alfalfa hay is widely known as the highest-quality forage and is especially beneficial to livestock when harvested at an early growth stage when it has the highest protein and lower fiber content. Moreover, Alfalfa is widely recognized as a significant component of most dairy rations because of the multiple benefits it provides. For the same reasons, it is also valued in other animal rations. It is valuable for fiber, energy, protein, minerals/vitamins, as a rumen buffer, and for improved animal health.

For a detailed analysis of the Global Alfalfa Hay Market browse through https://univdatos.com/report/alfalfa-hay-market/

Based on types, the market is categorized into bales, pallets, and cubes. The cubes segment is expected to witness a considerable share in the forthcoming years.  However, the platted segment would witness the highest CAGR during the forthcoming years. alfalfa pellets provide dust and mold-free solutions to animal feed. Alfalfa pellets are ideal for older horses that have problems with their teeth because it requires less chewing than hay.

Request for a sample of the report browse through https://univdatos.com/get-a-free-sample-form-php/?product_id=25588

For a better understanding of the market adoption of the Alfalfa Hay industry, the market is analyzed based on its worldwide presence in the countries such as North America (US, Canada, rest of North America); Europe (Germany, France, Italy, Spain, United Kingdom, and Rest of Europe); Asia-Pacific (China, Japan, India, Australia, Rest of Asia-Pacific), and Rest of World. North America is expected to witness the highest CAGR during the forecast period on account of the proliferation in the demand for animal and dairy products across countries, emerging demand from commercial dairy operators for alfalfa hay, rise in the investment in huge-scale dairy operations coupled with the increasing demand for animal and dairy products in this region is contributing to the market growth. As per the report published by UnivDatos Market Insights (UMI), the MENA Infrastructure 3D Prin .. 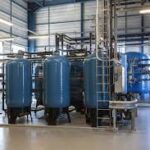 The Global Industrial Air Compressor Market is expected to foresee significant growth. The Asia Pacific to lead the growth!

The global Commodity Plastics Market is expected to foresee significant growth. The Asia Pacific to lead the growth! 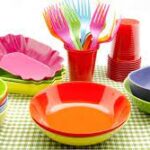