Global Angiography Equipment Market was valued approximately US$ 11.6 billion in 2020 and is anticipated to exceed US$ 18.0 billion by 2027, displaying an elevated CAGR of more than 6% over the forecast period (2021-2027). Angiography is a procedure used for the imaging of blood vessels of heart, head, kidneys, or lungs. The procedure is performed by inserting contrast medium into arteries to examine blood vessels. Angiography is performed with the use of an x-ray with catheters, magnetic resonance imaging, and computed tomography.

For a detailed analysis of the Angiography Equipment market browse through https://univdatos.com/get-a-free-sample-form-php/?product_id=9680

This market growth is ascribed to the growing incidence of diseases such as cancer and CVDs, surging product approvals for advanced angiography techniques in the market, the large number of ongoing research activities, growing government and public-private investments, increasing number of awareness programs, and rising adoption of angiography devices due to many angiography procedures performed across the globe.

Cardiovascular diseases (CVDs) are the leading cause of heart attacks, strokes, and other circulatory diseases. According to the World Health Organization (WHO), 17.9 million people died from CVDs in 2015, i.e., 31% of all global deaths and this number is expected to grow by 23.6 million by 2030. Hence, increasing demand of angiographic devices is boosting the growth of the market.

However, some of the restraints in the market are lack of reimbursement for angiography procedures and risk of radiation exposure. The risk of radiation exposure and damage to the skin, eyes, and DNA, as well as the possibility of cancer, forms a key factor restraining the growth of this market. As reported by the Robert Sauvé Research Institute in Occupational Health and Safety (IRSST) (Canada), in 2017, 3–10% of all new cancer cases are related to workplace exposure, accounting for nearly 1,500 to 4,900 new cases of occupational cancer in Québec, Canada. Estimates from the National Council on Radiation Protection and Measurements in the US showed that radiation exposure from medical sources had grown from 15% in the early 1980s to 50% in 2016 in the US.

In terms of application, the angiography equipment market is segmented into diagnostics and therapeutics. Among them, diagnostic segment accounted for the largest market share in 2020 and is further projected to maintain its leading position during the forecast period as well. The large share of this segment is primarily attributed to the increasing number of aging population and cardiovascular diseases. For instance, heart disease is the leading cause of death for men, women, and people of most racial and ethnic groups in the United States. One person dies every 36 seconds in the United States from cardiovascular disease. About 655,000 Americans die from heart disease each year—that’s 1 in every 4 deaths. Besides, development in CTA and MRA provides appropriate information not only in cardiology but in neurology, such as cerebral aneurysms, acute stroke, brain arteriovenous malformation, dural arteriovenous fistula, suspected cerebral vasculitis, and occlusive diseases, which is positively contributing to the growth of this segment.

Request for Sample of the report browse through https://univdatos.com/get-a-free-sample-form-php/?product_id=9680

Additionally, the report provides detailed initiatives that are being taken in the field of Angiography Equipment. The market is classified into distinct regions North America (United States, Canada, and the Rest of North America), Europe (Germany, France, Italy, Spain, United Kingdom and Rest of Europe), Asia-Pacific (China, Japan, India, South Korea, and Rest of APAC), Rest of World has been conducted. North America dominates the angiography equipment market due to increasing geriatric population and prevalence of CVDs. Some other factors boosting the regional market growth are high adoption rate of minimally invasive procedures, availability of reimbursements, rising geriatric population, and high replacement rates of medical equipment. Moreover, good network of medical device companies and presence of several hospitals across cities and states with good funding opportunities is positively influencing the market growth in North America. Furthermore, increase in support from government facilities aids in the development required for the overall treatment of cardiovascular diseases in the healthcare sector of the region. As per the data published by the Centers for Medicare & Medicaid Services (CMS), in the United States, national healthcare spending is projected to grow at an average rate of 5.5% per year during 2018-2027, to reach nearly USD 6.0 trillion by 2027.

GE Healthcare, Siemens, Philips, Terumo Corporation, Abbott Laboratories, Boston Scientific Inc., Medtronic Plc, Canon Medical Systems, B. Braun, Cordis (A Cardinal Health Company). are some of the prominent players operating in the global angiography equipment market. Several M&A’s along with partnerships have been undertaken by these players to develop new and innovative products

Hospital-acquired infections (HAIs) are infections that patients get while receiving treatment .. 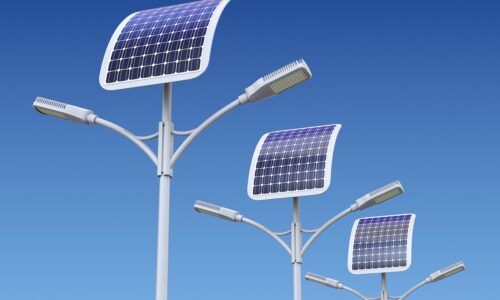 Solar Street Lighting Market is expected to exceed the market valuation of more than US$ X .. 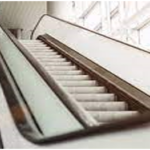 Japan Elevators and Escalators Market is expected to foresee significant growth. Kanto to lead the growth!