For a detailed analysis of the APAC Methanol Market browse through https://univdatos.com/report/asia-pacific-methanol-market/

Methanol is a key product in the chemical industry. It is mainly used for producing other chemicals such as formaldehyde, acetic acid, MTBE, MMA, and DMT among others. Therefore, the demand of methanol depends on the production of aforementioned chemicals. For instance, product like formaldehyde is an important raw material in the production of wide range of products like particleboard, plywood, and fiberboard; glues and adhesives; permanent-press fabrics; paper product coatings; and certain insulation materials. Further, it is used in the production of food, paints & coatings and disinfectant. Since demand of building products are increasing on account of rising construction activities in the regional economies, couple with growing market of food, paints & coatings, and pharmaceutical in the region owing to increasing urbanization and growing population, thus propelling the demand of formaldehyde. Moreover, governments of several economies are increasing focusing on reducing the reliance on fossil fuel consumption in transportation industry, which is further propelling the market of methanol as it can be used with gasoline blending and used for the production of biodiesel and fuel cell.

For a detailed analysis of the market drivers browse through https://univdatos.com/get-a-free-sample-form-php/?product_id=12972

Based on feedstock, market is categorized into natural gas, coal, and others. Among these, coal captured the significant share in the APAC methanol market. The reason behind its substantial market share is easy availability of coal in China which is among the largest producer of methanol in the world. Further, low-cost due to its easily availability is supporting the synthesis of methanol using coal. Also, regional economies focus on coal in order to reduce the reliance of import of natural gas in order to mitigate the risk associated with supply-chain, price fluctuation, and changes import related taxes.

Based on industry, the market is categorized into chemical & polymer, transport, and others. Among these, chemical & polymer category held the considerable market share and is expected to retain its position during the forecast period. Large use of methanol in the production of several chemical products helped the industry to capture the significant share in the market. Methanol is used in the production of formaldehyde, acetic acid, MTBE, MMA, DMT, methanethiol, methylamines, methyl chloride, DME, and olefins, among others

Request for Sample of the report browse through https://univdatos.com/get-a-free-sample-form-php/?product_id=12972

For a better understanding of the market adoption of Methanol, the market is analyzed based on its regional presence in the countries such as South Korea, Japan, Taiwan, China, India, Malaysia, Brunei, Indonesia, Vietnam, Philippines, Thailand, Singapore, Australia, and Rest of APAC. China had the prominent share in the regional methanol market pie. This is mainly ascribed to the large base of chemical industry. The country is the largest producer of chemicals across the globe. This has helped the country to capture the prominent position in the market. 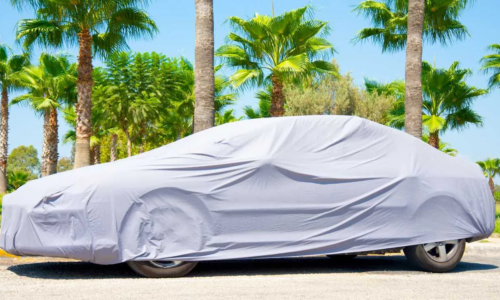 Global car covers market is expected to grow significantly by 2027 expanding at a reasonable CA ..