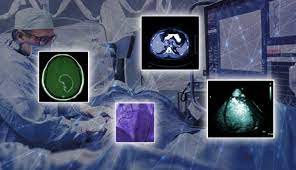 Global Contrast Media Market is expected to grow significantly by 2027 expanding at a reasonable CAGR of around 4% during the forecast period (2021-2027F). Contrast media are a group of chemical agents developed to aid in the characterization of pathology by improving the contrast resolution of an imaging modality. Specific contrast media have been developed for every structural imaging modality and every conceivable route of administration.

For a detailed analysis of the Contrast Media browse through – https://univdatos.com/report/contrast-media-market/

With the rapid advancement in medical technology and the rising prevalence of chronic awareness among the population forced medical institutions to develop and introduce better diagnostic facilities. Furthermore, the increasing geriatric population and increasing age-related diseases them is also contributing factor that contributes to the market growth of contrast media. For instance, according to the United Nations, the 60+ aged population was 962 million in 2017 which is more than twice what it was in 1980 at 382 million. The number of elderly is expected to double again by 2050 and reach nearly 2.1 billion worldwide. Furthermore, the continuous development in medical visualization techniques is also responsible for the market growth of contrast media.

For a detailed analysis of the market drivers of Contrast Media browse through – https://univdatos.com/get-a-free-sample-form-php/?product_id=23820

For a detailed analysis of the modality of Contrast Media browse through – https://univdatos.com/get-a-free-sample-form-php/?product_id=23820

Based on product type, the market is segmented into iodinated, barium-based, gadolinium-based, and microbubble. The iodinated segment held significant market growth in 2020. The iodinated media is used to enhance image visualization in X-ray and CT scans. Furthermore, due to changing lifestyles, the increasing prevalence of heart diseases which requires proper diagnosis is also a contributing factor to the segmental growth in the contrast media market. Moreover, the microbubble is anticipated to have considerable growth during the forecast period. This is mainly due to the factor that the technique uses the microbubble which is coated by the lipids that can be digested in the liver.

Request for Sample of the report browse through Marine Engine Market is expected to exceed the market valuation of more than US$ 18 billion in .. The global waterborne coatings market was stood around USD 70 billion and is expected to showca .. 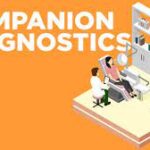 The Companion Diagnostic Market is Expected to Foresee Significant Growth. The U.S. to lead the growth!