Before coronavirus tore our lives apart, took our loved ones away from our lives mercilessly without giving it a second thought, digitalization was just adopted by a few companies, businesses, or people. But just like COVID came into our lives so did the concept of digitalization. Due to the virus when half of the world was facing lockdown, many companies, as well as small retail stores, had to digitalize so that they can reach the peoples who were sitting in the comfort of homes and wanted to buy because that is the only option they were left with. If they choose not to do so they might have lost their old loyal customers. Which of course no one wanted. The Indian government launched Digital India Campaign in July 2015 almost 5 years ago, with the motto ‘Power to Empower. Its main motive was to connect rural India with technology and make them tech-friendly. Somehow due to this effort, the Indian government was able to control the 1st wave of coronavirus to an extent because information, as well as guidelines, reached the remote part of India through various digital means at right time. As per the report published by UnivDatos Market Insights, the Global Digital Transformation Market including India is expected to reach the market valuation of US$ 3,693.8 billion by 2026 expanding at a reasonable CAGR of 16.06% during the forecast period (2021-2026) from US$ 1,180 billion in 2019

Rise in Active Internet Users due to digitalization

Investments in startups during COVID

With digitalization the giant e-commerce and tech companies have also earned a lot of profit. The offices are either empty or less office spaces are required as compared to earlier times which means less cost for maintenance and with the same cost companies can hire more people to get more work done.

Investment by Google for Digitization

It clearly shows that due to COVID, people do not have any choice but to move towards digitization either they like it or not. Be it a consumer or the retailer both are getting benefited from this digitization as consumers can meet their demands sitting in the comfort of their home. With the improvement of green building codes in the Qatar, Lebanon, United Arab Emirates (UAE), .. Covid-19 Treatments And Medications In The Pipeline 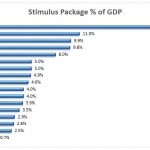