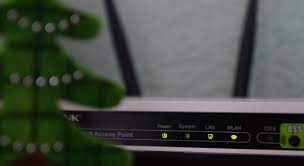 The global Fixed LTE Market is expected to grow significantly by 2027 expanding at a reasonable CAGR of around 24% during the forecast period (2022-2028F). The global fixed LTE market is growing on account of the growing need for high-speed internet, also the growin-g applicability of the internet with IoT devices. Furthermore, the growing smartphone penetration is also expected to drive the fixed LTE market, For instance, there are more than a 294.15million smartphones only in the U.S. Smartphones make using the internet more accessible for a larger userbase. Furthermore, the growing popularity of wireless technologies is transforming the digital revolution and it has the potential to increase cost-effectiveness and enhance productivity. primarily wherein the consumers have limited access to the technology. Notably, the service providers are making a prominent investment in fixed LTE technology for home or residential users, which is expected to have a positive impact on the growth of the market over the forecast period.

For a detailed analysis of the segments of the Fixed LTE Market browse through https://univdatos.com/report/fixed-lte-market/

Based on user type, the market is segmented into commercial and residential. The residential segment is expected to grow with a significant CAGR during the forecast period. The growing adoption of fixed LTE can be attributed to the growing internet penetration globally. The rising application of the internet in communication, sharing information, education, and entertainment sector is supporting the growth of consumer broadband. Also, the government is playing a major role in stimulating demand for the residential segment of the fixed LTE.

For a better understanding of the market adoption of laser marking, the market is analyzed based on its worldwide presence in the countries such as North America (United States, Canada, and the Rest of North America), Europe (Germany, France, Italy, Spain, United Kingdom, and Rest of Europe), Asia-Pacific (China, India, Japan, and Rest of APAC), Rest of World has been conducted. North America held a prominent share of the global Fixed LTE market in 2020 and is expected to showcase a prominent growth rate during the forecast period. This can be attributed to the growing demand for IoT devices and an increasing number of internet users in the region. According to the world bank, more than 89% of the US population is on the internet. Other reasons for the growth of fixed LTE in the region are higher individual income, greater internet literacy, and early adoption of new technologies.

Request for a Sample of the report browse through https://univdatos.com/get-a-free-sample-form-php/?product_id=26701 The global Immunoassay Market is expected to exceed the market valuation of more than US$ 40 bi .. Clean Hydrogen Market is expected to exceed the market valuation of more than US$ XX billi .. 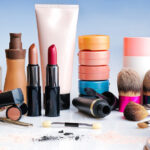 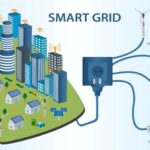