The global fly ash market is likely to showcase a growth of around 6% during the forecast period. This can be ascribed to its usage in various applications like Portland cement & concrete, bricks & blocks, road construction, and agriculture to name a few. Further, the growing demand for cement & concrete and agricultural products is likely to fuel the market growth for fly ash.

Being a by-product of thermal power plants, fly ash is easily available in the market making it a preferred raw material in the manufacturing of several products like Portland cement & concrete and bricks & blocks. Further, it is used in road construction and the agriculture industry to provide strength and improve crop performance respectively. Further governments in many nations are taking various steps to increase the utilization of fly ash in order to reduce the disposal of fly ash. For instance, in India, as per the Ministry of Environment, Forests and Climate Change (MoEFCC) 2020 notification, it is mandatory to use fly ash in the construction of roads or flyover embankments within a radius of 300 km of thermal power plants.

For a detailed analysis of the market, drivers browse through – https://univdatos.com/report/fly-ash-market/

Based on type, the market is bifurcated into Class F and Class C. Of both, Class F is likely to showcase significant growth over the forecast period. This can be ascribed to the preference for Class F fly ash in the production of Portland cement. It is expected that the demand for Portland cement is going to increase owing to bolstering investment in the infrastructure sector. Thereby, demand for raw materials including fly ash would increase during the forecast period. According to various studies, when used in Portland cement, Class F fly ash can be used as a Portland cement replacement ranging from 20-30% of the mass of cementitious material.

Based on source, the market is categorized into the power plant and landfill/pond. Among both, the power plant captured a significant portion of the pie and is expected to maintain its position during the forecast period despite decreasing dependency on thermal energy sources. This can be attributed to a large number of coal-fired power plants across the globe which generate millions of tons of fly ash each year. Further, according to IEA, global coal-fired generation has been rebounding strongly in 2021, spurred by rising gas prices in the United States and Europe and increased economic activity in China. Compared with the first half of 2020, the coal generation increase in the first half of 2021 is estimated at nearly 15%.

Request for a sample of the report browse through – https://univdatos.com/get-a-free-sample-form-php/?product_id=25653

For a better understanding of the market adoption of fly ash, the market is analyzed based on its worldwide presence in the countries such as North America (the United States, Canada, Rest of North America), Europe (Germany, the United Kingdom, France, Italy, Spain, and Rest of Europe), Asia-Pacific (China, Japan, India, Australia, and Rest of Asia-Pacific), and Rest of World. Asia-Pacific accounted for a significant share of the market and is expected to showcase significant growth over the forecast period. This can be ascribed to the large production base of the cement industry in the regional economies mainly in countries like China and India. Further, the rapid infrastructure development in order to meet the growing demand of the population is further increasing the demand for cement & concrete and bricks & blocks. Thereby, increasing the consumption of fly ash. The global Aluminum Foil Packaging Market is likely to showcase a growth of around 4% during th .. 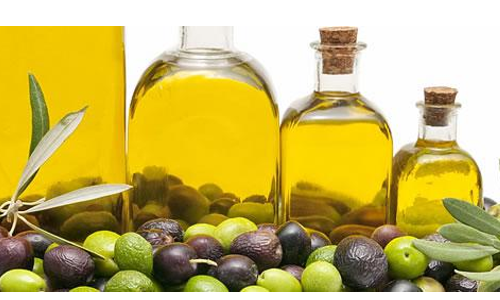 Global Specialty Fats and Oils Market is expected to foresee significant growth during the forecast period. North America to witness the highest growth

Global Specialty Fats and Oils Market was valued at US$ ~12 Billion in 2020 and is anticip ..