The Global Functional Safety Market is expected to foresee significant growth. APAC to lead the growth!

The global Functional Safety Market is expected to grow at a significant rate of around 8% during the forecast period. Functional safety is an important part of an entire safety approach that relies on a system or component of equipment functioning appropriately to its inputs. Industry 4.0 provides a new all-encompassing concept for modern factories. The significance of safety in such modern factories cannot be overstated. Functional safety enables users to get assurance that a part of equipment can perform its function safely while relying upon its use. Also, the rapid demand for safety systems in the oil and gas industry and the rise in the requirement for reliable safety systems to ensure personnel and asset protection are also anticipated to flourish the growth of the functional safety market.

Furthermore, the increasing number of power projects to meet the increased demand for energy has accelerated the deployment of functional safety systems at plant locations, such as burner management and fire and gas systems. With the growing industrialization, the usage of safety automation solutions in manufacturing industries in this area is expanding considerably, adding to the market development.

For a detailed analysis of the Global Functional Safety Market browse through https://univdatos.com/report/functional-safety-market/

Based on device type, the functional safety market is segmented into safety sensors, safety controllers/modules/relays, safety switches, programmable safety systems, and others. Safety sensors category to witness higher CAGR during the forecast period. Sensors deployed in a safety system are developed and designed to ensure a safe output based on the logic in case of a measurement or signal transmission does not occur. These safety sensors include the elements of redundancy wherein if any one element fails, then another takes control over the operation, and thus avoids productivity losses resulting from shutdown.

Based on safety systems, the functional safety market is classified into the burner management system, turbomachinery control system, high-integrity pressure protection systems, fire and gas monitoring control system, emergency shutdown systems, supervisory control, and data acquisition system, and distributed control system. Among these, the emergence service systems segment to hold a significant share in the market in 2020. As it brings the production facilities to a safe state and protects the personnel, the assets, and the environment if hazardous situations occur.

Request for a sample of the report browse through https://univdatos.com/get-a-free-sample-form-php/?product_id=24232

For a better understanding of the market adoption of the functional safety industry, the market is analyzed based on its worldwide presence in the countries such as North America (U.S., Canada, Rest of North America), Europe (Germany, U.K., France, Spain, Italy, Rest of Europe), Asia-Pacific (China, Japan, India, Rest of Asia-Pacific), Rest of World. APAC is anticipated to grow at a substantial CAGR during the forecast period. This is mainly due to the increase in industrialization in developing nations such as China and India. Furthermore, the increased acceptance of international functional safety standards in the region is mainly due to the robust growth of heavily regulated industries such as oil & gas and power. Global Smart Home Market To Attain Market Value Of Us$ 170.1 Billion By 2025, Growing At A Cagr Of 23.9%. The Us To Be The Largest Market For Smart Home Devices 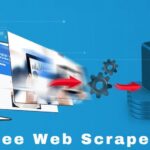 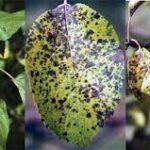