The global fungicides market is likely to showcase a growth of around 5% during the forecast period. Fungicides are a type of pesticide used in plant and crop protection. A fungicide is a distinct type of pesticide which controls pathogenic diseases by precisely inhibiting or killing diseases causing organisms.  These are the specific chemicals used to improve quality and increase crop yield. Pests, insects, and fungi attack the crops and reduce the quantity and quality of yield, thereby with the use of fungicides such situations can be mitigated. Fungicides are applied as dust, granules, gas, and most commonly liquid for killing the pathogenic diseases causing organisms and enhancing production. As the population is increasing worldwide, with this the demand for the agricultural products is also increasing. The increase in population will create a high demand for food.  In addition, pollution is increasing due to urbanization and industrialization, and it causes the growth of diseases in crops and plants. These aforementioned factors have compelled the farmers to use different fungicides products to enhance crop production and kill pathogenic diseases.

For a detailed analysis of the market, drivers browse through https://univdatos.com/report/fungicides-market/

Over the years, the world witnessed a rise in population and is continuously growing to create greater demand for food and changes in food consumption patterns. And the strain on land, which is a limited resource, has also grown. However, the growth of the population outpaced the land growth, thereby reducing the agricultural land per capita. Besides, the diseases which damage crops and plants are also increasing. They are reducing the production of crops and there is huge economic loss. For instance, the Food and Agriculture Organization (FAO) estimates that annually up to 40 percent of global crop production is lost to pests. Each year, plant diseases cost the global economy over $220 billion, and invasive insects at least $70 billion. This reduction in crop production due to diseases and the rising population has increased the global focus on improving crop yield, thereby increasing the interest of fungicide manufacturers to produce more advance, productive, and less toxic to humans, fungicides. Fungicides are the products used for protecting farm products from insects, pests, and diseases. These are the specific products also used for improving quality and increasing crop production.

For a detailed analysis of the market segments browse through https://univdatos.com/get-a-free-sample-form-php/?product_id=24243

Based on type, the market is categorized into chemical and biological. Of both, the biological category is likely to showcase robust growth during the forecast period owing to increasing adoption in light of the shifting focus on organic products. Biological fungicides are made up of organic matter which is used in the agriculture sector for controlling pathogenic organisms, insect infestation, and plant diseases. Bio-fungicide also plays a vital role in enhancing the soil quality of arable lands by balancing the essential contents of the soil. Moreover, chemical fungicides sometimes kill crop and plants if not handled carefully as it contains toxic substances.

Request for a sample of the report browse through https://univdatos.com/get-a-free-sample-form-php/?product_id=24243

For a better understanding of the market adoption of fungicides, the market is analyzed based on its worldwide presence in the countries such as North America (United States, Canada, Rest of North America), Europe (Germany, France, United Kingdom, Italy, Spain, and Rest of Europe), Asia-Pacific (China, Japan, India, Australia, and Rest of APAC), and Rest of World. The large base of the agriculture sector of the Asia-Pacific region helped the region to obtain a dominating position in the market. Regional demand for fungicides due to agriculture consumption is needed in order to feed the growing and already higher population. Additionally, in countries, such as India and other southeast Asian countries, the arable land per person is decreasing at an alarming rate as the population is increasing and due to pollution and climatic conditions diseases are also increasing here the use of fungicides can play an important role in increasing the average crop yields per hectare. 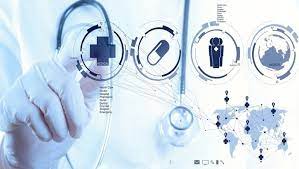 The Hospital Outsourcing Market is expected to foresee significant growth. North America to lead the growth!

The hospital outsourcing market is expected to witness a CAGR of around 11% during the forecast .. Global anatomic pathology market is expected to register a CAGR of around 6% over the period of .. 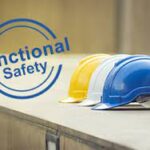 The Global Functional Safety Market is expected to foresee significant growth. APAC to lead the growth! 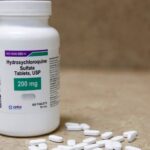