The global greenhouse film market is likely to showcase a growth of around 8% during the forecast period. The increasing global population results in the rising demand for food, however limited increase in agricultural land has grown the focus on improving agricultural productivity. This has created the demand for unconventional ways of farming. Greenhouse farming is one of the most used unconventional methods. These greenhouse farming systems use films to cover the crops in order to provide the right crops growing environment. Therefore, with the increasing adoption of greenhouse farming, demand of films would also grow.

For a detailed analysis of the global greenhouse film market browse through https://univdatos.com/report/greenhouse-film-market/

Increasing agricultural activities to meet the growing demand of food, focus on improving agriculture yield, increasing awareness about the unconventional ways of farming, and improving the income of the farmers of developing economies are some of the key factors propelling the greenhouse farming system. Greenhouses provide an ideal environment for plants. Using the films, they protect crops from the effects of harsh environmental conditions, ensure uniformly high quality and help fruit, vegetables, and flowers to ripen faster, allowing several crops to be harvested in a year. Further, with the advancement in technology, new types of films have been developed which can be modified as per the light and temperature requirements. Further, because of greenhouse films, the consumption of water used for agricultural crops is also reduced. Owing to such factors demand for greenhouse film is increasing. However, Setting up a greenhouse facility would necessitate a significant cash commitment as well as prior planning. Apart from the establishment of the primary facility, there are various other components that require money and financial assistance in order to work as a whole system. Owing to such factors, many farmers are not able to properly utilize the benefits of greenhouse farming, thus providing a hindrance to the greenhouse films market.

For a detailed analysis of the market, drivers browse through https://univdatos.com/get-a-free-sample-form-php/?product_id=19337

Based on type, the market is categorized into LDPE, LLDPE, EVA, and others. Among these, LDPE accounted for a significant share in the market and is expected to showcase significant growth during the forecast period. This can be attributed to the low cost of LDPE film. Further, the film provides better thickness, optical properties, and resistance to excess sunlight and the external environment. As a result of which both consumers and manufacturers focus more on LDPE base greenhouse films.

In 2017, Israel based Ginegar Plastic Products Ltd, producer of PE sheets and nets for a variety of applications in the agriculture sector, acquired Flextech, an Italy based plastic films manufacturer for agriculture, wind energy, automotive, manufacturing plants, shipbuilding, and packaging industries, for USD 7.8 million

Based on thickness, the market is categorized into 80 to 150 microns, above 150 to 200 micron, and more than 200 microns. Among these, above 150 to 200 microns are likely to showcase robust growth during the forecast period. 150 to 200-micron films are preferred in developed nations of Europe. This range of films provides optimum benefits over others at a considerable price. UV stability for resistance to solar aging, high light transmission, high strength for harsh weather conditions, and additives to ensure good light transfusion are some of its benefits

Request for a sample of the report browse through https://univdatos.com/get-a-free-sample-form-php/?product_id=19337

For a better understanding of the market adoption of Greenhouse Film, the market is analyzed based on its worldwide presence in the countries such as North America (United States, Canada, Rest of North America), Europe (Germany, UK, France, Italy, Spain, and Rest of Europe), Asia-Pacific (China, Japan, India, Australia, and Rest of APAC), and Rest of World. Asia-Pacific is likely to showcase substantial growth in the global greenhouse films market owing to the large base of the agricultural industry, growing population, and increasing awareness for healthy food. Global surgical drapes market is expected to grow significantly by 2027 expanding at a reasonab .. 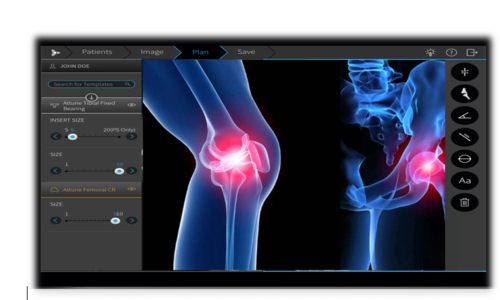 Orthopedic Software Market is expected to grow at a CAGR of around 7% during the forecast perio .. 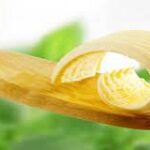