Over the years, HFCs like R134a has been an extremely useful refrigerant gas in a number of applications. In fact, it is the most common refrigerant gas in MACs. However, R134a has a GWP of 1430, creating direct greenhouse gas emissions that contribute to the total CO₂ equivalent emissions (i.e., carbon footprint) of MAC systems over their lifetime. Wherein, Hydrofluoroolefins like HFO-1234yf has a GWP of just 4 providing substantially lower direct greenhouse gas emissions than R134a systems. Since the world is making efforts to maintain the global temperature below 2 degree Celsius, this in turn has encouraged the countries to phase out the HFCs. For instance, in 2021, Government of India, announced that the country will complete its phasedown of HFCs in four steps from 2032 onwards with a cumulative reduction of 10% in 2032, 20% in 2037, 30% in 2042 and 80% in 2047. This in turn is creating demand of low-GWP solutions like hydrofluoroolefins. It is estimated that by using hydrofluoroolefins automotive refrigerant HFO-1234yf and foam blowing agent HFO-1366mzz, around 90 million tons Co2 equivalent of greenhouse gas content of refrigerant can be reduced in the United States and 245 million ton worldwide by 2025.

For a detailed analysis of the market drivers browse through https://univdatos.com/get-a-free-sample-form-php/?product_id=17710

Based on type, the market is categorized into HFO-1234yf, HFO-1234ze, HFO-1336mzz, HFO-1233zd, and others. Among these, HFO-1234yf had the significant share in the market and is expected to grow during the forecast as countries are shifting away from HFCs in order to comply with Kigali amendment. Under this amendment, parties will phase down production and consumption of HFCs. Since HFCs is widely used as a refrigerant in cooling products including MACs, thereby with reduction in production and consumption of HFCs, demand for substitute products like HFO-1234yf would increase. Further, in Europe, automotive manufacturer already using HFO-1234yf in order to comply with law, this is further boosting its demand.

Based on end-user, the market is categorized into HVAC, automobile, polymers & plastics, aerosol, industrial, and others. Among these, HVAC held the prominent share in the market. This can be attributed to the requirement of large amount of refrigerant for the proper operation of HVAC products. Further, increasing global temperature and growing consumer disposable power is increasing the demand of cooling products. This in turn increase the demand of refrigerant. Since manufacturer are shifting towards low-GMP refrigerant in order to comply with international amendments and for sustainable future, demand of hydrofluoroolefins gas is expected to showcase considerable growth rate during the forecast period

Request for Sample of the report browse through https://univdatos.com/get-a-free-sample-form-php/?product_id=17710

For a better understanding of the market adoption of hydrofluoroolefins, the market is analyzed based on its worldwide presence in the countries such as North America (United States, Canada, Rest of North America), Europe (Germany, UK, France, Spain, and Rest of Europe), Asia-Pacific (China, Japan, India, Australia, and Rest of APAC), and Rest of World. Europe accounted for the significant share in the global hydrofluoroolefins market. Stringent regulation to phase down the production and consumption of HFCs and European Union countries ratified to Kigali Amendment aiding the region to maintain a strong hold in the hydrofluoroolefins market India mental health market is expected to grow significantly by 2028 expanding at a reasonable .. 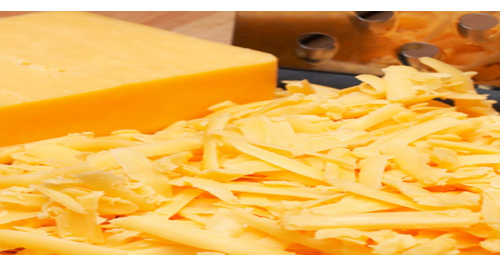 Global Cheese Market is Expected to Foresee Significant Growth During the Forecast Period. Europe to Witness the Highest Growth

The global Cheese market is expected to grow significantly by 2027 expanding at a reasonable CA .. 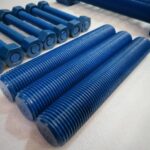