Since the Wuhan COVID-19 outbreak in China, the first confirmed cases in India, the second most populated country in the world, were reported in the state of Kerala. Since the first case reported in Kerala, various new cases are confirmed in multiple cities of India including New Delhi, Mumbai, Bengaluru, Hyderabad, and Patna. As the number of confirmed COVID-19 cases in India is increasing the country has started implementing various preventive measures to reduce the spread of COVID-19 in the country. The prime minister of India urged all citizens to observe a nation-wide curfew on 22 March, followed with 21 days lockdown throughout the nation. Schools and universities, malls and cinemas are closed for an unknown time frame. No international flights would be allowed to land in India during the lockdown period. The total confirmed cases in India as of 31st March stood at 1,590, with more than 45 confirmed death due to COVID-19. ILO has estimated that the COVID-19 outbreak would destroy approximately 25 million jobs in India alone. States such as Maharashtra, Kerala, Telangana, and New Delhi among others are the most affected by the deadly COVID-19 outbreak.

Impact on Indian Economy from COVID-19

Industry which would be most impacted (Current & Projected)

According to Deccan Herald, COVID-19 outbreak in India could impact its overall economic growth by up to 90 basis points or 0.9% through trade, hotels, and transport sectors during the FY2019-20 and 2020-21. India is expected to lose more than 3 million tourist footfalls in the year 2020 and foreign exchange of about US$7 billion coming out of the states. ISKCON, one of the most popular Hindu religious trust, which runs temples and attracts foreign visitors, is expected to lose its foreign visitors during the 2020 period. One more potential coronavirus cluster in India is weddings where the average guest counts run from few hundreds to more than a thousand, this would be affected and indirectly affect the market

Cine industry was losing a whopping US$67 million. Live events industry has seen many big shows and conferences cancelled, with losses estimated at around INR 3,000 crore by the Event and Entertainment Management Association

Restaurants across India are been reeling. The National Restaurant Association of India (NRAI) has recommended more than 500,000+ restaurants to close the dine-in facility till March 31st, which would now be extended till the country in under lockdown. As a result, many of the restaurants have asked their employees to go on leave without pay or with a lower salary. Although the delivery service is still operational in major Indian cities

App-based cab operators such as Uber, Ola and others have witnessed reduced demand as much as 50% in the past one month as people are fearful of going out. From hotels to coworking spaces, car showrooms to retail stores, all are staring an economic rout

With increasing number of COVID-19 cases in India, the government has urged its citizens to stay at home and practice social distancing. The telecom sector is expected to be benefited, as people would consume more data during the lockdown period. As per the Ministry of Industry and Information Technology of China, the revenue of telecommunications services increased by 1.5% during January and February 2020, compared to the same time frame in 2019. During this period Chine was the epicenter of the virus outbreak and was under lockdown. More than 1.5 lakh companies across India have opted for work-from-home and social distancing are expected to boost data usage by 10-15% through home broadband and mobile data in India. However, this is likely to be offset owing to the ongoing slowdown in the economy would face during FY2020-2021 period

India committed to spending nearly INR 10,000 crore (US$1.3 billion) to encourage companies to manufacture pharmaceutical ingredients domestically after the coronavirus outbreak disrupted supply chains, raised the specter of drug shortages. The impact of COVID-19 on the Indian pharmaceutical sector is low at present owing to the existing inventory levels, however, this scenario can change in a short time frame if supply from China continues to drop from usual through the end of April. The Indian government has issued guidelines to increase the level of testing of COVID-19 in the country, through the private labs to increase the overall test per million population. The government has also set price caps for such tests. More than 30 private labs are allowed to test for the disease, through their lab spread all over the country

As far as the insurance sector is concerned, the Insurance Regulatory Development Authority of India has rolled out a notice and has requested the insurers to cover COVID-19 cases in their existing policies so that people of India feel safer. One of the factors that work in its favor is that it’s an under-penetrated sector and hence, the impact will be low compared to other segments. Further, the impact of COVID-19 on health insurance is likely to be low, as the penetration of health policy among the Indian population is low

With the number of COVID-19 cases increasing on a daily basis, the Indian government has asked banks across the country to work with reduced capacities, and offer only essential services to their clients during the COVID-19 outbreak time frame, during with the country would be on total lockdown. Hence, to carry basic essential transactions, banks across India are operating only through selective branches. Public deposits, withdrawals, clearing of cheques, remittance facilities and government transactions are covered under the Essential banking services. Facilities such as new loan approval, project appraisals or rework existing loan terms would be banned during the lockdown period. Banks are have recommended customers to use mobile and net banking services for essential transitions. During the lockdown period, the banking sector in India is expected to witness a huge among of money going out of their hands with possible withdrawals pegged at INR 20,000 to INR 30,000 crores. According to Sabnavis, banks would also face a rise in non-performing assets (NPAs). If the shutdown on travel and malls continues for a month or more, a zero-revenue situation is expected to impact the service loans. To overcome the slowdown during the lockdown period RBI has come out with several initiatives, which would help the banking sector to overcome the slowdown period. The banking sector in India need not worry about the NPA, as RBI would ignore the balance sheet of the banks for the next 3 month period starting April 2020. The banks are also advised not to take loan installments for the stated time frame so that the people can have enough money for their essential requirements

The industry bodies of automobile manufacturers and dealers have approached the Supreme Court seeking an extension in the deadline for selling Bharat Stage-IV vehicles, as the industry has witnessed low sales in the past few months due to the economic slowdown and sudden outbreak of COVID-19 which have further halted the vehicle sale in India. In an attempt to aid authorities in battling the increasing number of COVID-19 cases, MG Motor India has pledged to donate INR 2 crore to government hospitals and health institutions in Gurugram, Haryana, and Gujarat. Essentials such as gloves, masks, ventilators, medicines, and beds, depending on the requirements of the medical institutions are covered under the contribution by MG Motors. General Motors have suspended operations at its Talegaon plant since March 21 in the wake of the COVID-19 outbreak in India. Nissan is expected to adopt a similar course of action at other global sites due to the COVID-19 pandemic. Toyota Kirloskar Motor has temporarily shut down its production plant in Bidadi, Karnataka. Kia Motors India also announced to temporarily shutting down all operations in India, with immediate effect, until further notice. However, Kia’s digital channels would remain operational for its customers. Renault India has also announced the temporary suspension of all operations, till further notice. However, the Renault’s 24×7 Road Side Assistance (RSA) service will still be operational

As per various news, manufacturing in China is slowly coming to normal from the COVID-19 outbreak. However, container transport service is still infrequent and expensive. As per Drewry (a maritime research company), ocean carriers cancelled 105 containers sailings from Asia to Europe and Asia to the US in March 2020. CMA CGM (CMA CGM Logistics Park Dadri Pvt. Ltd.), announced am increased rate of US$ 500 on all freight of all kinds (FAK) moving from Asia to Northern Europe and a PSS of US$ 300 per container from Northern Europe to Asia since 15th March 2020. MSC Logistics has applied for GRI of US$ 200 for 20 and US$ 300 from the 2nd March 2020 handover in India. Also, widespread closure of automotive component production in China is having a major impact on India’s burgeoning car manufacturing industry. The situation is being compounded by an increasing scarcity of containers for exporters

Government Initiatives for Poor to tackling the situation

For the research and findings, it is quite clear that the world one of the lucrative market i.e. US is not an exception and the conduction would become worse in the country due to the COVID-19 outbreak. Since last week India has witnessed a drastic increase in the COVID-19 cases. The impact of the disease would have a major impact on the industrial sector not only in India but also in other major developed and developing nations. Meat has a special place in human diets. Modern human beings have an innate preference for meat .. 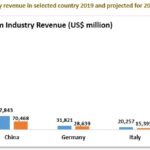 Connected Car: The Car For The Future 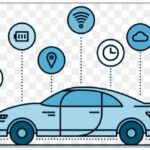