India has always been home to three-wheelers and similar modes of transportation, as they offer a much-needed solution for intercity mobility, which is frequent and affordable. Before the Indian government announced its intention to have an all-electric public transportation fleet by 2030, a three-wheeled electric rickshaw was taking Indian cities by storm. As per a study conducted by Society of manufacturers of an electric Vehicles, nearly 17 lakhs e-rickshaws have been plying across the Indian cities. In Delhi-NCR alone, the number of electric rickshaws plying on the roads are over 4 lakhs.

For city wise penetration of E-Rickshaw both in terms of value and volume in India browse through: https://univdatos.com/report/india-electric-rickshaw-market-insights-and-forecast-2018-2025

At first, electric rickshaw was launched in Delhi during the commonwealth games to provide last mile connectivity to the visitors or spectators going to commonwealth games venue and have presented themselves as an affordable, eco-friendly and convenient mode of mobility. Today, it has spread across the nation, owing to its immense potential of bridging the gap of first and last mile connectivity. In most urban and semi-urban areas, these battery fitted tricycles are providing the much required connectivity to the people and is being welcomed by everyday passengers. Today, e-rickshaws are spreading to other Indian cities such as Amritsar, Ahmedabad, Gaya, Patna, Jamshedpur, Cuttack, Kochi, Hyderabad etc. to offer a proper para-transit solution for connecting nearby places. However, the lack of proper regulation such as the registration of these vehicles has triggered the concern for the authorities as most of them plying on the roads have not been registered with the governing authorities. Additionally, the sporadic growth of e-rickshaws also creates problems like traffic congestion as the speed of these vehicles is limited to 25Kmph and don’t have proper parking stands.

Request for Sample of the report browse through: https://univdatos.com/report/india-electric-rickshaw-market-insights-and-forecast-2018-2025

The spread and acceptance of the e-rickshaws became inevitable. Further, the government is also working towards encouraging and accelerating the adoption of electric vehicles in public transport system in India, which is also expected to accelerate the Indian e-rickshaw market in near future. On an average, it is expected that as many as 10,000 new e-rickshaws would be entering the Indian market every month while the annual sales would increase by 9.1% during the forecast period. With increasing government focus on promoting electric vehicle usage and offering subsidies and tax relaxation, it is believed that India e-rickshaw market will witness unprecedented growth. E-rickshaw is a boon to the commuters as well as for the environment. E-rickshaws have become one of the preferred modes of public transport for passengers, and is gaining popularity as they are alternative to petrol, diesel or CNG driven vehicles. E-rickshaw is a battery-powered vehicle, which can run 90-100 km on full charge at a top speed of 25 km/hour. In India, majority of e-rickshaw runs on Sealed Lead Acid (SLA) battery as it is cheaper while nowadays, the market for Li-ion battery is gaining popularity due to its benefits. The Li-ion battery gets charged in less time in comparison to the lead acid battery and also needs less maintenance. Owing to its benefits, it is expected that in Indian e-rickshaw market, Li-ion battery market is growing significantly with a CAGR of more than 12% over the forecast period.

The number of electric vehicles is growing in India and so does the e-rickshaw but the lack of an adequate charging infrastructure across the country is hindering the possible growth of e-rickshaw market. The difficulties in finding the charging stations/points for charging the e-rickshaw and uncertainty over being able to charge the battery is said to be holding back the sales of e-rickshaw. Coupled with this, the lack of availability of sufficiently accessible charging points for public use and proper parking stands further restrain Indian e-rickshaw market. Typically, e-rickshaws are built to carry passengers, however, with increasing awareness regarding its nature i.e. cost-efficient and eco-friendly, e-loader is also gaining popularity in the Indian market for carrying goods. Majority of the e-rickshaw market is held by passenger carrier. On the other hand, with the increasing usage of e-loader for carrying goods, garbage, cartons, water bottles, etc., it is expected that this segment would grow at a CAGR of more than 10% during the analyzed period.

To get in depth information on strategies adopted by Cab & other Aggregators in Indian E-Rickshaw Sector browse through: https://univdatos.com/report/india-electric-rickshaw-market-insights-and-forecast-2018-2025

Indian e-rickshaw market is very much fragmented. Large number of organized and unorganized players are operating in the Indian e-rickshaw market. However, the majority of share is held by unorganized players as these players import e-rickshaw parts from China and assemble them at their manufacturing units. The price of an e-rickshaw is very much competitive and is ranged between INR 90,000-1,10,000. Some of the prominent players operating in the Indian e-rickshaw market include Terra Motors, Atul Auto, Lohia Auto, Hero Electric, Electrotherma, Mahindra & Mahindra, Saera Auto and OK Play. These players are consistently working to meet the growing consumer demand and strengthen their market position which further offers them growth opportunities for regional expansion in the e-rickshaw industry in India. The Europe automotive radar market is anticipated to gain the market worth of US$ 3107.33 milli .. 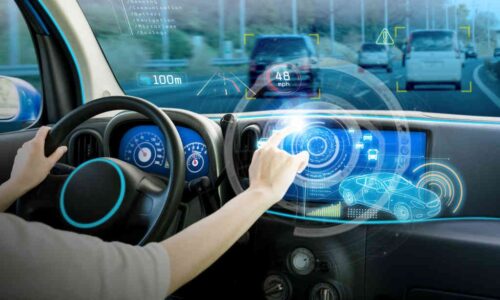 Global Predictive Automobile Technology Market is expected to grow at a CAGR of around ~20% dur .. 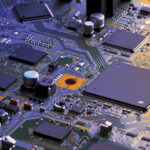 Asia-Pacific Semiconductor Packaging And Assembly Equipment Market Is Expected To Reach Us$ 3.4 Billion By 2025, Driven By Increasing Penetration Of Semiconductors Devices Across Automotive, Consumer Electronics, Healthcare And Communication Sector 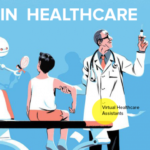