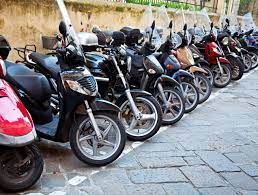 The India Two-Wheeler Market is expected to grow at a CAGR of around 3% during the forecast period 2022-2028. The two-wheeler industry in India has grown rapidly in the country since the announcement of the process of liberalization in 1991. Previously, there were only a handful of two-wheeler models available in the country. Currently, India is the second-largest producer of two-wheelers in the world. It stands next only to China and Japan in terms of the number of two-wheelers produced and the sales of two-wheelers respectively. The trend of owning two-wheelers is due to a variety of facts peculiar to India. One of the chief factors is poor public transport in many parts of India. Additionally, two-wheelers offer a great deal of convenience and mobility for the Indian family. The change in the government’s policy owning to pollution control norms and the Kyoto agreement saw the phasing out of two-stroke two-wheelers from production.

Motorcycle sales in India skyrocketed over the past few years, making the country the biggest motorcycle market in the world overtaking China in 2016 and achieving a record volume of 22.4 million units (including commercial three-wheeler) in 2018. According to the data released by the Society of Indian Automobile Manufacturers (SIAM) two-wheeler, domestic sales stood at XX Mn Units in the financial year 2020-2021.

For a detailed analysis of the market, drivers browse through https://univdatos.com/report/india-two-wheeler-market-2/

For a detailed analysis of the market segments browse through https://univdatos.com/get-a-free-sample-form-php/?product_id=20296

For a detailed analysis of the market segments browse through https://univdatos.com/get-a-free-sample-form-php/?product_id=20296

Based on the source, India’s 2-wheeler market has been segmented into ICE (Internal Combustion Engine) and E2W (Electric 2-Wheeler). ICE (Internal Combustion Engine) segment accounts for the maximum share with nearly XX million ICE 2-wheeler sold in 2021 while only XX million electric 2-wheeler sold in the same year. Currently, the penetration of E2W in India is low compared to the conventional ICE 2-wheelers. However, as per the government plans, the penetration of E2W is expected to grow at an exponential rate. The government wants to increase the adoption of electric vehicles to 100% by 2030.

India is a massive market for two-wheelers which accounts for 70% of the 200 million total vehicles running across the length and breadth of this huge nation. This common man’s commute is also responsible for over 20% of the total CO2 emissions, and about 30% of the particulate emissions in urban areas (PM2.5). Since this segment is bound to grow further, there is an urgent need to switch to a cleaner mode, mainly in the urban areas, as 7 of the 10 most polluted cities across the world are in India.

Request for Sample of the report browse through https://univdatos.com/get-a-free-sample-form-php/?product_id=20296 DIGITAL LOGISTICS MARKET IS EXPECTED TO FORESEE SIGNIFICANT GROWTH DURING THE FORECAST PERIOD. ASIA-PACIFIC REGION TO WITNESS THE HIGHEST GROWTH

Digital Logistics Market is expected to reach the market valuation of US$ 46 Billion by 20 .. Global Collaborative Robot Market is expected to reach the market valuation of US$ XX billion b ..