Farmers market and consumer’s appetite for local produced food is ever exploding. Locally grown food forms a broader term that majorly describes the production of food within the geographical range of 100 miles (160 km) that could be considered local to the particular area. Locally grown foods are majorly found in regular grocery stores, supermarkets, at farmer’s market or within the community supported agriculture programs. These foods not only purposes to offer health benefits and help in reduction of environmental impact in the form of carbon emissions but also creates important economic opportunities for the country. Local food not only tastes better and is nutritious but also stays longer, is pure and hygienic and further encourages well balanced diet and improves food safety. Some of the examples for the locally grown foods can be fruits & vegetables, dairy products & eggs and even locally raised meats.

Local food movement has been spreading enormously from rural farm market stands to supermarket shelves. Moreover, growing number of entrepreneurs in food domain are also betting on connecting the farmers and consumers and making the farmers markets better one hence reinvigorate and strengthening the regional food systems. More markets would result into paving the road for farmers to sell their wares and for consumers; they can buy locally produced food directly from the growers. Big businesses in local foods not only has led to exponential growth in the number of farm to table restaurants and farmer’s market but even grocery chains and big box retailers are elbowing their way in and are aggressively expanding and marketing their local grown offerings for sale.

For instance, Walmart, largest retailer has made local food a cornerstone of its long-term growth strategy wherein in 2010, it announced the strategy to focus on sustainability of agriculture with the specific push on putting more local food on store shelves. The company aimed to sell around 10% of the local food in US by 2015 while the target in Canada was around 30% during the same year. As a part of its expansion strategy, company has also made certain investments in small and medium size farmers in the emerging markets to bolster local produce. In addition, Chicago’s Green City Market, founded in 1998 envisions to enhance the diversity of local food in the region by supporting the local farms. Local food market in Chicago Lincoln Park draws nearly 2 Million visitors annually to allure the sustainability of locally grown food. It connects local farmers and producers directly to Chicago chefs, restaurants and a community with an objective to distribute and promote local produce. Furthermore, Supervalu, owner of Jewel-Osco, Albertsons, and Lucky Supermarkets based in US purchasing around 25-40% of its locally grown food. Also, British supermarket chain Waitrose, one of the European grocers also sells more than 2500 local products at its stores.

Emerging market demand for local foods represents an interesting phenomenon and from economic perspective, local food systems fosters entrepreneurship, purposes to retain capital and supports in job creation in rural areas and hence serves as an incubator of job training and skill development and leads to spur in demand for regional local produce. The exorbitant rising demand for local food has supported an industry that had been in decline, with the number of small farms ever decreasing and the age of farmers continually rising. The financial impacts of selling into regional markets are greater for fruit and vegetable farms with gross annual revenue under USD 3.5 million. Small farms that sell in regional markets are projected to earn positive net farm income and have lower operating expense ratios, resulting in increased farm viability. In addition, more than 32 jobs are created for every USD 1.0 million revenue generated by produce farms involved in some form of direct marketing, compared to only 10.5 jobs for those involved in wholesale channels exclusively accredited to direct marketers purchasing a greater share of their inputs locally compared to producers not involved in direct marketing.

Local food featuring high quality, more authentic, environment friendly and supportive of the local community has enriched the buying behaviour of the people. It not only supports the local economies but also delivers broader assortment of products apart from offering healthier alternatives, increasing organic production and improving carbon footprint. However, if the preferred stores of grocery shoppers do not possess local foods, they tend to switch stores for better local food selection. When it comes to acquiring local foods, farmer markets and farm stores outperform in terms of trustworthiness while big box retailers and national local food supermarkets and natural food supermarkets follow the suit. Additionally, majority of grocery shoppers are willing to pay more for local produce and would go beyond 10% mark owed to the positive attributes of local produce.

After considering the buying decision of the grocery shoppers, companies catering to local foods cannot be left behind. Players in this field also consider their purchasing power to deliver local produce to the households. However, when it comes to sourcing local foods, companies face huge gap. Companies source food indirectly, through externally hired contractors to manage their internal food service. Since they do not have direct purchasing control over the products brought into their offices, they work with third party contractors, such as suppliers, wherein they indicate preferences and set standards for food purchasing. Local food sourcing supports companies in auguring the sustainability of their operations, reducing food miles, enhancing transparency by providing a direct connection to producers, and allowing buyers to invest in their local food economies.

However, the buying companies faces numerous barriers while connecting to local producers. Quoting an example, US, being the major seafood producer, more than 85% of the fish consumed domestically is imported and miniscule share of the domestic catch is exported in the region attributed to long supply chain of seafood, lack of standardization and seasonality of the produce. Hence, companies to work with their food service providers to encourage greater sourcing of local food, need to integrate the standards or can enter into contracts with third party food service partners who can help local producers plan inventory and production to meet consumer demands. They can interact with local stakeholders to investigate innovative distribution models to address the last mile challenge faced by small producers.

While the demand for quality food from nearby farms portrays promising demand, business services and facilities to move local food to local consumers does not seems strong resulting into increasingly complex supply chains. Given the absence of appropriate standards, companies can set appropriate standards by food category to garner desired results. For instance, standard defined for ‘local seafood’ would not be applicable for a company not located on a coast but ‘domestic seafood’ standard will be applicable. Moreover, companies can also drive employee engagement on local food and food wastage issues. These are just a few of the ways that companies can use their buying power to drive the market for local food products.

To conclude, locally grown produce cannot be ignored as one of the emerging and niche segment of grocery industry. Large food retailers need to endeavour to gain prominence among the buyers in terms of trust, in providing high quality and standardized local food products. Although consumers are willing to shell out more for local produce but are also willing to switch competitors to get what they are looking for. Tapping into that willingness will aid grocers gain positive impact and long- term growth advantage in rapidly changing environment? After China and the United States, Europe is most affected by the COVID-19 pandemic. Italy is t ..

With the improvement of green building codes in the Qatar, Lebanon, United Arab Emirates (UAE), .. 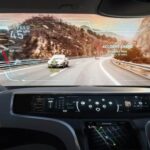 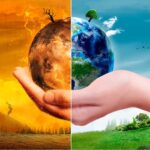