Marine Engine Market is expected to exceed the market valuation of more than US$ 18 billion in 2027 and is expected to grow at a CAGR of 3.8% during the forecast period (2021-2027). Ever growing international trade, Adoption of smart maritime engine for safety purpose and Growth in the overall marine tourism are the major factor driving the growth of the market.

In 2020, the International Maritime Organization (IMO) has set a limit for the sulfur content of marine fuels. Consequently, demand for high sulfur fuel oil (HSFO) is expected to decline dramatically in 2020, whereas demand for marine gas oil (MGO) is projected to increase to 1.98 million barrels per day for the FY2020 and is expected to dominant fuel demand in the marine sector throughput the forecast period. In 2019, the global commercial shipping fleet grew by 4.1%, representing the highest growth rate since 2014, however low growth witnessed during the period 2004-2012. UNCTAD projects the volume of international maritime trade to decline by 4.1% in 2020. Global volume trade expanded by 0.5% in 2019, down from 2.8% in 2018, and reached 11.08 billion tons in 2019.

For a detailed analysis of the Global Marine Engines Market browse through – https://univdatos.com/report/marine-engine-market/

The Covid-19 pandemic have resulted in a drop of 8.5% in global transport fuel consumption in 2020, compared to 2019 value, owing to the restrictions imposed on people’s movements and disruption in trade logistics around the globe. With the ongoing economic downturn, shut down of production facilities, and lockdowns, the demand for commercial vessels is witnessing a decline in demand. In addition, the cancelation of cruise ships and the slowdown in international trade investments in commercial vessels is also expected to affect the demand for marine engines.

For a detailed analysis of the Covid-19 Impact on the industry browse through – https://univdatos.com/report/marine-engine-market/

Request for Sample of the report browse through – https://univdatos.com/get-a-free-sample-form-php/?product_id=8710 High-Performance Computing (HPC) Chipset Market is expected to grow at a CAGR of around 20% dur .. The global rosin amine market is likely to showcase robust growth during the forecast period. R .. 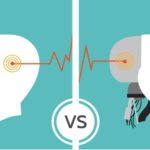 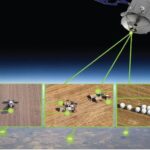