Global Mushroom market is expected to foresee significant growth during the forecast period. Asia-Pacific to witness the highest growth

Global mushroom market is expected to reach the market valuation of above USD 75 billion by 2027 expanding at a reasonable CAGR of ~9% during the forecast period (2021-2027) from around USD 40 billion in 2020. Mushroom is an umbrella-shaped fruiting body of a certain macro-fungi group that is fleshy and nutrient-rich. They can appear above or below the ground and are edible as it provides strong umami flavor and several health benefits.

Furthermore, The deficiency and inadequacy of micronutrients have become a major global health issue. Even though there is abundant sunshine present across the globe, there has been a rise in the number of people with vitamin D deficiency owing to the lack of food fortified with, vitamin D. For instance, as per recent observational data, nearly 40% of the Europeans are vitamin D deficient and almost 13% are severely deficient. Due to these facts and a rise in health-conscious population, there has been growing demand for mushrooms among the consumers as mushrooms contain Vitamin D.

For a detailed analysis of the market drivers of mushroom browse through https://univdatos.com/get-a-free-sample-form-php/?product_id=10510

Based on product type, the market is segmented into button, shiitake, oyster, and others. The button segment dominated the mushroom market and grabbed XX% market share in 2020 and will witness a considerable CAGR of XX% during the forecast period (2021-2027F) as it is one of the most common types of mushroom that is being consumed and produced at a larger scale across the globe. For instance, in India, nearly 85% of the total annual mushroom production is of button mushrooms. However, the shiitake mushroom is also expected to grow in the forthcoming years.

Based on form, the global mushroom market is segmented into fresh and processed. The fresh segment occupied the largest share and is expected to grow at a CAGR of XX% during the forecast period 2021-2027. The growth of this segment is attributed to the growing demand for fresh mushrooms as they preserve more nutrients as compared to the processed ones and thus, are healthier to consume.

Request for Sample of the report browse through https://univdatos.com/get-a-free-sample-form-php/?product_id=10510

Additionally, the report provides detailed report also provides insights of the global mushroom market according to the regions such as North America (United States, Canada, and the Rest of North America), Europe (Germany, France, Italy, Spain, United Kingdom, and Rest of Europe), Asia-Pacific (China, Japan, India, Australia, and Rest of APAC), Rest of World has been conducted. Asia-Pacific dominated the market and generated revenue of USD xx billion in 2020 owing to the rapidly growing population coupled with the rising awareness regarding the various nutritional benefits of mushrooms leading to the increase in consumption of mushrooms in many APAC countries. 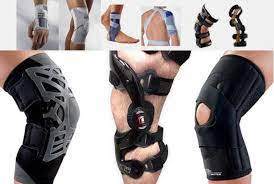 The OTC Braces and Supports Market is Expected to Foresee Significant Growth. The U.S. to lead the growth!

The OTC braces and supports market is expected to witness a CAGR of around 5% during the foreca .. Core Drill Market is expected to grow at a CAGR of around 8% during the forecast period 2021-20 .. 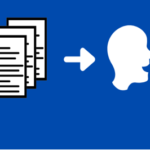