Niemann Pick Type-C Is Estimated To Affect 1 In 120,000 People In United States

Niemann Pick Type-C Disease is a rare recessive autosomal disorder that mostly affects children. The genetic mutation leads to accumulation of cholesterol in spleen, liver and lungs resulting in splenomegaly, hepatomegaly followed by several other symptoms such as ataxia, dystonia, vertical supranuclear gaze palsy among others. The lack of medication can worsen the condition of the patient. Late diagnosis is another factor that contributes to the deterioration of the patient’s health. Biomarker assessment is considered as a first line of test for NPC. The biochemical testing demonstrating abnormal intracellular cholesterol homeostasis in cultured fibroblasts is the mainstay of diagnosis and may be supported by ultrastructural changes on skin or rectal biopsy. The individuals suffering from NPC are monitored regularly for cognitive function. Patients undergo several tests in order to confirm if the subject is suffering from NPC.

The main goal is to develop treatments in order to minimize both general symptoms and neurodegeneration due to the lack of approved therapies. The mainstay of therapy is symptomatic management employing disease modifying agent(s). Currently, there is no therapy approved in US for the treatment of same.

For detailed analysis of the TOC for the reports browse through: https://univdatos.com/report/global-niemann-pick-type-c-disease-pipeline-analysis-2019

Several players are working in this area contributing towards a strong pipeline of active products for the treatment of this rare indication. Cyclodextrins and small molecules are the major type of molecules that are being used for the development of drugs. The development and launch of these therapies are expected to lead to the better treatment and longer life span of the individuals with Niemann Pick Type-C. Some of the key players involved in the development of the therapeutics for the treatment of Niemann Pick Type-C include Orphazyme; CTD Holdings; Mallinckrodt Pharmaceuticals; IntraBio among others. Global Teleradiology Market is Expected to Foresee Significant Growth During the Forecast Period. North America to Witness the Highest Growth

The global teleradiology market is expected to grow significantly by 2027 expanding at a signif .. 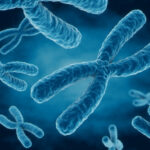