Niemann Pick Type-C (NPC) is a rare autosomal recessive disorder of lysosomal storage characterized by hepatosplenomegaly, interstitial lung disease, ataxia, dystonia and psychiatric disorders. These defects arise as a result of the trafficking of cell by lipids. Moreover, lysosomes are flooded by the accumulation of lipids. This leads to membrane dysfunction and may lead to apoptosis. Mutation in NPC1 or NPC2 genes are the major causes of this disease. However, 95% of the patients are affected by the mutation on NPC1 gene.

The onset of NPC may occur at any age. NPC is also classified on the basis of age of onset which includes perinatal, early infantile, late infantile, juvenile, and adult. The neurological symptoms associated are subjected to vary with the age. 1 in 100,000- 120,000 live births in the United States are estimated to be affected by this disease. The frequency of the disease is equal in both males and females.

Currently, several companies are working in this area for developing a strong pipeline of active products for the treatment of this rare indication. The key players involved in the development of the therapeutics for the treatment of NPC include Orphazyme; CTD Holdings; Mallinckrodt Pharmaceuticals; IntraBio among others.  Cyclodextrins and small molecules are the major type of molecules that are being used for the development of drugs. Arimoclomol is one such drug that is being developed by Orphazyme for the protection of neurons from protein aggregation and toxicity. It has received Rare Pediatric Disease Designation (Jan 2019), Fast Track designation (June 2016) and Orphan Drug Designation (Jan 2015) from US Food and Drug Administration (FDA) along with Orphan Drug Designation which was approved by European Union (EU) in November 2014.

The drugs developed can be administered orally, intravenously or lumbar intrathecally. These drugs are anticipated to launch in between the years 2021 and 2024. Gene therapy is another novel therapy that is being worked upon, though in initial stage of discovery development. The development and launch of these therapies are expected to lead to better treatment and longer life span of the patients suffering from Niemann Pick Type C. Real-Time Location System (RTLS) can be defined as a type of system that allows you to track th .. The Agriculture and Climate can be said to be inextricably linked where climate tends to play a .. 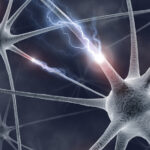