The global Portable Generator Market is expected to exceed the market valuation of more than US$ xx million by 2027 expanding at a reasonable CAGR of xx% during the forecast period (2021-2027). Portable Generator is invented as a backup device to deliver temporary AC power for stand-alone and non-hardwired applications. These generators are made up of a starter, internal combustion engine, fuel tank, alternator, and outlets assembled onto a metal frame in a single unit.

The demand for Portable generators is mainly increasing on account of the growing construction sector, aging grid infrastructure, rising demand for uninterrupted power supply, promising real estate trends, rapid industrialization, Inaccurate grid structure along rapid population growth. Moreover, the rising incidence of weather-related disasters also propels market growth. For instance, as per the Human Cost of Disasters 2000–2019, Floods and storms were the most frequent events, and the last 20 years saw major floods more than double from 1,389 to 3,254, while storms grew from 1,457 to 2,034.

For a detailed analysis of the market drivers in Portable Generator browse through – https://univdatos.com/report/portable-generator-market

The rise of the COVID-19 has shown a negative impact on the Portable Generator Market in 2020 and across. Due to imposed lockdowns, the growth of the portable generator market has been slowed down. Due to Strict Government guidelines, the production and supply chains were delayed, end-users activities were also suspended.

Based on Fuel, the market is fragmented into Gasoline, Diesel, Natural Gas, and Others. The Gasoline segment holds the largest share in 2020 and is expected to register the highest CAGR in the upcoming period as they are more reliable, run quieter, and produce less harmful carbon dioxide fumes. Gasoline portable generators are mainly used on temporary bases for low-load appliances. Also, it is the most common source of fuel and is easiest to obtain. For instance, the 4 kW Single Phase Bajaj Portable Petrol Generator runs on Gasoline is the most fuel-efficient in its range and is having low operating cost.

For a detailed analysis of Fuel in Portable Generator browse through – https://univdatos.com/report/portable-generator-market

Based on End-user, the market is fragmented into Residential, Commercial, and Industrial. The Residential segment holds the largest share in 2020 and is expected to register the highest CAGR in the upcoming period due to the unreliability of power grids. The areas prone to abrupt power outages coupled with natural disasters also propel the segment growth. The range of Portable generators in various appliances to be used in residences such as lights, refrigerators, sump pumps, heaters, TVs, water purifiers, and air conditioners in emergencies include up to 6 kW. There was in total 4,73,127 Thousand Megawatt-hours Sales of Electricity to Ultimate Customers by Residences in the U.S. region in April 2021.

Request for Sample of the report browses through – https://univdatos.com/request_form/form/470

For a better understanding of the market adoption of Portable Generator, the market is analyzed based on its worldwide presence in the countries such as North America (United States, Canada, and the Rest of North America), Europe (Germany, France, Italy, Spain, United Kingdom and Rest of Europe), Asia-Pacific (China, Japan, India, Australia, and Rest of APAC), and Rest of World. North America will dominate the Portable Generator market on account of being the largest consumer of electricity in the region. As per Energy.gov, the U.S. electric grid is an engineering marvel with more than 9,200 electric generating units having more than 1 million megawatts of generating capacity connected to more than 600,000 miles of transmission lines. Some of the major players operating in the market include Atlas Copco, Briggs & Stratton, Generac, Honda, Yamaha, Caterpillar, Cummins, Eaton, Honeywell, and Siemens. Several M&As along with partnerships have been undertaken by these players to boost their presence in different regions. Global Commercial Water Heaters Market is expected to reach the market valuation of US$ xx bill .. Global Solar Rooftop Market is expected to reach the market valuation of US$ XX billion by 2027 .. 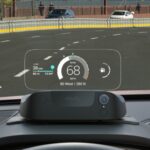 GLOBAL CARBON CAPTURE AND SEQUESTRATION MARKET IS EXPECTED TO FORESEE SIGNIFICANT GROWTH. EUROPE AND ASIA-PACIFIC TO BE THE LARGEST GAINER 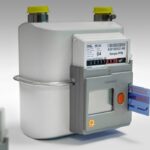