In addition, expanding government allocation and private investment market players for power grid systems are other factors driving the growth of the power grid market. However, the shortage of technical professionals in the subsea industry, low cost of onshore electricity generation, and climatic challenges pertaining to operations of offshore wind farms are restraining the subsea power grid system market.

For a detailed analysis of the Global Power grid system Market browse through – https://univdatos.com/report/power-grid-system-market/

Request for a Sample of the report browse through – https://univdatos.com/get-a-free-sample-form-php/?product_id=22333

For a better understanding of the market adoption of the Power grid system industry, the market is analyzed based on its worldwide presence in the countries such as North America (US, Canada, Rest of North America); Europe (Germany, UK, Spain, Italy, France, Rest of Europe); Middle East & Africa (UAE, Saudi Arabia, Nigeria, Egypt, South Africa and Rest of MEA); Asia-Pacific (China, India, Australia, Japan, Rest of APAC); Rest of the World. Europe is expected to hold a significant market share in the forecast period owing to the strong demand for renewable energy sources and favorable government policies in these regions. 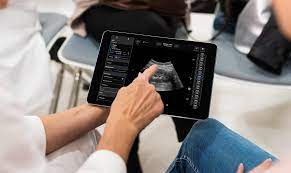