Global Precision Medicine Market Is Expected To Foresee A Significant Growth During The Forecast. United States To Witness Highest Growth

Global Precision Medicine Market is expected to reach the market valuation of US$ 105.64 billion by 2026 expanding at a reasonable CAGR of 9.95% during the forecast period (2021-2026) from US$ 58.66 billion in 2019. Development in precision medicine is occurring at an owing to the effectiveness of this medication. Government bodies such as research institutes and hospitals are also taking part for its development.

For a detailed analysis of the Precision Medicines browse through

Healthcare is changing rapidly. Several technologies are being introduced every year to decrease the mortality rate. Currently, a transition has been witnessed from the traditional reactive medicine that was based on symptoms, diagnosis and treatment to a system that targets the disease much earlier it occurs. Precision Medicine is that new way of thinking. The major principles on which the precision medicine is based involves prediction, prevention, personalization, and participation. The growing attention toward precision medicine is directed by a fundamental shift from the ‘one size fits all’ paradigm for treatment of patients with conditions or predisposition to diseases. Driven by these, numerous national as well as international genome projects have been initiated to reap the benefits of precision medicine.

According to an analysis, the topmost 10 highest-grossing drugs in the U.S. merely help between 1 in 4 to 1 in 25 of the patients who administer them. This estimate highlights the lack of specificity for the drugs that are in currently in use and provides the opportunity that exists for highly targeted precision medicines. Gene sequencing is a major part of precision medicine as it is genome based. Advances in next generation sequencing (NGS) technologies have resulted in an exceptional proliferation and surge of genomic sequence data.

Precision medicine is not only based on pharmacology. There are numerous components of this type of medicine as they are highly specific to the genome of a group of individuals. Big data analytics, bioinformatics, gene sequencing, drug discovery, companion diagnostics, and others are some of the technologies that are required for the precision medicine development. Bioinformatics and gene sequencing are required for producing genomic data, as genomic data is necessary for the drug development. Big data analytics is used for the analysis of the data produced. Oncology, respiratory diseases, central nervous system disorders, immunology and genetic diseases are some of the mostly studied diseases in this area. More than 50% of the precision medicine research is done on oncology, as it is one of the burning topics in healthcare.

Request for Sample of the report browse through

Additionally, the report provides detailed initiatives that are being taken in the field of precision medicine. The market is classified into distinct regions including North America (U.S and Canada), Europe (Germany, France, Spain, Italy, and United Kingdom), Asia-Pacific (China, Japan, India, and Australia) and rest of the world. United States generated revenue of US$ 17.9 billion in 2019. However, APAC region is expected to witness the highest CAGR growth of 11.27% during the forecast period 2020-2026.

Hoffmann-La Roche, Eli Lilly and Company, NeoGenomics Laboratories, Novartis, Teva Pharmaceutical, Thermo Fisher Scientific, Quest Diagnostics, Abbott Laboratories, NanoString Technologies, and AstraZeneca are some of the prominent players operating in the global precision medicine market. Several M&A’s along with partnerships have been undertaken by these players to develop precision medicine. Global Active Pharmaceutical Ingredient Market is expected to witness a CAGR of around 6% durin .. The exoskeleton market is expected to foresee significant growth. Asia-Pacific to lead the growth!

The global exoskeleton market is expected to witness robust growth of around 35% during the for .. 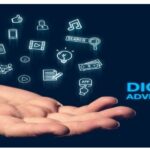 The Digital Advertisement Market Is Expected To Reach Us$ 317.64 Billion By The End Of 2020, North America To Witness The Highest Demand

Body Temperature Scanner Device Market Is Expected To Foresee A Significant Growth In 2020, Compared To 2019, Owing To The Rapid Outbreak Of Covid-19. Infrared Thermometer To Witness The Highest Growth 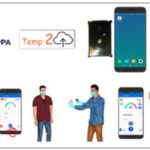