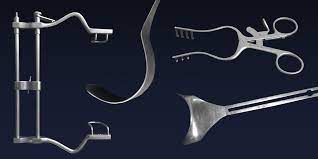 A tool that is used for holding an incision or wound open by surgeons while performing surgery is known as a surgical retractor. This can also be used to hold tissues or organs out of the way during a surgical procedure. The surgical retractor market is growing on account of the rising number of surgical procedures across the world owing to the rapidly surging geriatric population and increased affordability & accessibility to surgical care. For instance, according to the American Society of Cataract and Refractive Surgery (ASCRS), 3 million Americans undergo cataract surgery annually. Also, around 330,000 cataract operations are performed every year in England alone.

The Surgical Retractors Market is expected to grow at a steady rate of around 6% during the forecast period. Factors such as rapid technological advancement in the medical field and increasing research & development activities for launching new and advanced products in the market are some of the prominent factors contributing to the growth of the market.

For a detailed analysis of the Global Surgical Retractors Market browse through https://univdatos.com/report/surgical-retractors-market/

Based on application, the surgical retractors market is classified into obstetrics & gynecology, cardiovascular, orthopedic surgery, wound closure, and others. The cardiovascular segment grabbed a significant market share in 2020 and is expected to grow considerably during the forecast period. The growth of this segment can be attributed to the growing prevalence of cardiovascular diseases leading to an increase in the number of cardiovascular surgeries.

Request for a sample of the report browse through https://univdatos.com/get-a-free-sample-form-php/?product_id=25849

For a better understanding of the market adoption of the surgical retractors industry, the market is analyzed based on its worldwide presence in the countries such as North America (U.S., Canada, Rest of North America), Europe (Germany, U.K., France, Spain, Italy, Rest of Europe), Asia-Pacific (China, Japan, India, Rest of Asia-Pacific), Rest of World. North America is anticipated to grow at a substantial CAGR during the forecast period. The surgical retractor market is growing on account of the growing geriatric population and the rise in chronic disease incidences across the region. Furthermore, the presence of well-established market players including manufacturers, suppliers, and distributors is also boosting the market growth.

Multichannel order management is how retailers keep all their orders and inventory control from .. Global Kyphoplasty Market Is Expected To Foresee Significant Growth During The Forecast Period. North America To Witness The Highest Growth

Global Kyphoplasty Market is expected to reach the market valuation of US$ 3.2 Billion by 2027 .. 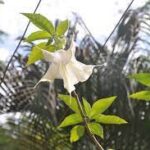 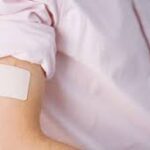