Trade surveillance activities involve monitoring the activities of the firm and its employees to detect illegal and unethical trading practices including market manipulation, money laundering, insider trading, speculation, unsuitable investments, and frauds. For instance, in the financial year 2021, RBI (Reserve bank of India) reported more than 7000 fraud cases across the country. Trade surveillance is implementing an oversight system that observes, and detects all manipulation, fraud, claims of behavior, and more across all asset classes, and all products, thereby preventing and investigating abusive, manipulative, or illegal trading practices in the trade surveillance systems market. The growing adoption of trade surveillance systems can be attributed to the increasing instances of market manipulation, these frauds incur huge losses for the organizations.

Based on components, the market is segmented into solutions and services. The solutions segment is expected to grow with a considerable CAGR during the forecast period. The growing adoption of trade surveillance solutions can be attributed to increasing trading and monitoring activities across different organizations. Furthermore, the regulatory authorities across the globe are constantly updating laws, which makes it necessary to hold control over the surveillance systems.

For a detailed analysis of the Global Trade Surveillance Systems Market browse through – https://univdatos.com/report/trade-surveillance-system-market/

Based on deployment, the market is fragmented into on-premises and cloud. The on-premises segment is expected to grow at a significant CAGR during the forecasting period.  Systems deployed on on-premises systems are more secure and reliable in nature. Furthermore, trade surveillance systems have extra sensitive information that requires a certain level of security and privacy that is provided by the on-premises deployment model.

Request for a sample of the report browse through – https://univdatos.com/get-a-free-sample-form-php/?product_id=29168

For a better understanding of the market adoption of the All-Terrain Vehicle industry, the market is analyzed based on its worldwide presence in the countries such as North America (U.S., Canada, Rest of North America), Europe (Germany, U.K., France, Spain, Italy, Rest of Europe), Asia-Pacific (China, Japan, India, Rest of Asia-Pacific), Rest of World. The European region is anticipated to showcase significant growth and is expected to maintain its dominance during the forecast period, in spite of its comprehensive and robust anti-money laundering (AML) system, the country remains an attractive location for carrying out illegal financial activities; this is attributable to the stable political and economic condition in France, as well as its sophisticated financial system. As one of the strongest economies in the world, France has actively participated in fighting against financial crime; it has also imposed strict regulations on financial institutions in order to bring money laundering and terrorism financing under control. These factors are expected to drive the market for trade surveillance systems in the region.

Micro-segmentation is a network security technique that enables security architects to logicall .. 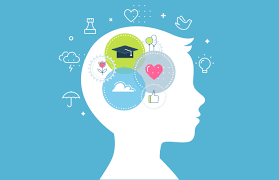 The Global Social and Emotional Learning Market is expected to foresee significant growth. APAC to lead the growth!

The Global Social and Emotional Learning Market is expected to grow at a significant rate of ar ..