US agriculture drones market is anticipated to reach the market valuation of US$ 144.8 million by 2025 expanding at a reasonable CAGR of 9.96% in the course of the forecasted period (2019-2025) from US$ 72.1 million in 2018. Drones are being used for wide variety of purposes in the last couple of years. They began as toys, and then found their application for military purposes. To add on, Amazon and Walmart began testing their own versions of drones for package delivery services, even Google has jumped in the respective segment. Some drone companies have also tested the significance of drones for medical and emergency delivery services. Moreover, approval by FAA to fly a drone in United States has further resulted in the adoption of the devices in agriculture sector. Hence, agriculture drone has begun to be used for agricultural purposes. Digital Agriculture is mainly the use of advanced technologies that are integrated into one system and enables the farmers and other stakeholders within the value chain to enhance the crop yields and improving food production. It has been observed that by 2021, digital agriculture market will be evaluated at US$ 15 billion and around 80% companies are expecting competitive advantage from Agriculture Revolution 4.0. In addition to this, with more than 65% of the food supply required to feed surging population by 2020, digital agriculture portrays immense potential to transform the way the food is produced.

For a detailed analysis of the overall adoption of drone in the United States agriculture sector browse through https://univdatos.com/report/us-agricultural-drone-market-current-scenario-and-forecast-2019-2025

With the accelerated benefits of agriculture drones in precision agriculture, rising demand for food owing to the surging population, agriculture getting stronger with Big Data along with increasing research & development investments has tremendously accelerated that demand for agriculture drones in United States. However, lack of internet connectivity in rural areas, high initial cost of purchase and other parameters such as weather conditions, flat and small view of objects, flight time and flight range, object overlap have remained a huge challenge for the agriculture drone market in United States. With the rapid technological breakthrough, farmers are opting for agricultural drones to enhance their agricultural productivity. Being one of the newest and efficient tools in agriculture, they assist the farmers in wide range of tasks from analyzing, planning to the actual planting of crops, and the subsequent monitoring of fields to ascertain health and growth of crops. Furthermore, surging investments by established players along with favorable government policies are expected to allow large and small operations to aid in effective farming practices. For instance, in 2016, US investments in agricultural drones and robotic technology amounted to US$ 389 million and approximately 40 companies raised funds. Investors such as Monsanto, Syngenta and Mitsui have backed various emerging start-ups for improving, harvesting, crop spraying and irrigation. The rising trend of implementation of UAVs for enhanced productivity and increasing awareness of precision agriculture for crop scouting and field mapping is expected to drive the adoption of drone in agriculture sector in the US.

For a detailed analysis of the current and future development in the commercial and agricultural drone sector in the United States browse through https://univdatos.com/report/us-agricultural-drone-market-current-scenario-and-forecast-2019-2025

Under the different types of the agriculture drone market, fixed-wing drones occupied maximum share in 2018. Fixed-wing agriculture drones are considered to be the best choice to monitor the field. They are primarily used when to lot of ground needs to be covered at a fast pace. It has been observed fixed-wing agriculture drones can cover up to 10 times the acreage that a typical quadcopter can cover in a single flight. The segment is anticipated to bring in earnings of US$ 56.03 million by 2025. Under various applications of agriculture drones in US market, crop spraying application is projected to enjoy the swiftest expansion in the United States throughout the reviewed period of time accredited to its superior benefits in terms of massive reduction in overall spray and much lower chemical level reaching the groundwater. With the usage of agriculture drones, the farmers can complete spraying jobs about 5 times faster than traditional methods. Moreover, the application is projected to register stable CAGR of 10.40% over the forecast period.

Request for Sample of the report browse through https://univdatos.com/report/us-agricultural-drone-market-current-scenario-and-forecast-2019-2025

Additionally, for better investigation and penetration of drones in the United States agriculture sector, a detailed regional level analysis was conducted including North East, Midwest, South and West regions. In 2018, Mid-West was one of the lucrative and the largest region in terms of adoption of agriculture drones in the US. On account of strong government support to increase the agriculture production, availability of supporting infrastructure as well as gaining prominence of smart and precision farming methods have significantly fostered the regional market. Moreover, more than 25,000 farmers using IoT in US paired with increased deployment of advanced agriculture solutions both in United States along with small farms steadily increasing investment in precision and smart farming methods to raise farm productivity have tremendously boosted United States Agriculture Drone Market. Some of the major companies profiled in United States agriculture drone market are Aero Vironment Inc, Trimble Inc, AgEagle Aerial Systems, Inc., Precision Hawk, Sentera Inc, Drone Deploy, Deveron, DJI, Intel and John Deere Company. The players consistently aim to focus on various product launches, innovations, energy-efficient products as well as mergers and acquisitions to enhance the penetration rate of agriculture drones across United States thereby strengthening their market position.

The global agricultural adjuvants market was stood around USD 3 billion in 2020 and is expected .. Global Precision Agriculture market is anticipated to reach the market valuation of U .. 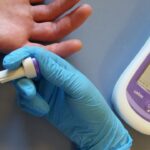 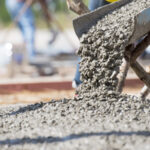