Global Vegan Foods Market is Expected to Foresee Growth of ~10% During the Forecast Period. North America to Witness the Highest Growth

The global Vegan Foods market is expected to grow significantly by 2027 expanding at a CAGR of 10% during the forecast period (2021-2027).

A vegan diet contains only plants (such as vegetables, grains, nuts, and fruits) and foods made from plants. Vegans do not eat foods that come from animals, including dairy products and eggs. The global food sector is currently going through an unprecedented level of competition and disruption, driven by the growth of viable plant-based alternatives across many categories. People reduce or eliminate animal products from their diet for a variety of reasons. Some want to cut back on cholesterol, others may be concerned about animal welfare, and some tend to worry about the effect of animal agriculture on the environment. Whatever the reason, more people are shifting to a plant-based food diet. As per a survey by DuPont Nutrition & Health, 52% of U.S. consumers are eating more plant-based foods and they believe it makes them feel healthier. Roughly 60% of respondents said switching to plant-based food was permanent, or they hoped it was

For a detailed analysis of Vegan Foods browse through – https://univdatos.com/report/vegan-foods-market/

The expected growth of vegan food globally can be attributed to the impact of non-vegetarian and dairy food on the environment and human health. One of the major contributors to global warming is the livestock industry, and, relative to plant-based agriculture, meat production has a much higher environmental impact concerning freshwater use, amount of land required, and waste products generated. Promoting increased consumption of plant-based foods is a recommended strategy to reduce human impact on the environment and is also now recognized as a potential strategy to reduce the high rates of some chronic diseases such as cardiovascular disease and certain cancers. Roughly 387 million people are living with diabetes, and according to the International Diabetes Federation, that number is expected to soar to nearly 600 Million by 2035.

Factors like increasing concerns about the environment, an increasing number of diseases and health issues, and rising and easy availability of the internet are some of the reasons behind increasing consumer awareness of food and related products. According to Health Focus data, 17% of U.S. consumers aged 15 to 70 currently claim to eat a predominately plant-based diet, while 60% report to be cutting back on meat-based products. Of those who are reducing their intake of animal-based proteins, 55% say the change is permanent, and 22% hope that it is.

For a detailed analysis of the type of Vegan Foods browse through – https://univdatos.com/report/vegan-foods-market/

Based on the type, the market is fragmented into Dairy Alternative, Meat Substitute, and Others. The dairy substitute segment grabbed XX% market share in 2020 and captured USD XX Mn market in 2020. Dairy alternatives are typically made by soaking the legume, nut, grain, or other main ingredient and then pressing and straining the liquid, or “milk. According to the U.S. National Library of Medicine, roughly two in three adults aren’t able to fully digest lactose & when lactose intolerant people consume products that contain this sugar, they experience a variety of uncomfortable symptoms. Therefore, consuming a lactose-free alternative enables them to keep dairy in their diet without causing their body distress.

Based on the source, the market is fragmented into Almond, Soy, Oats, Wheat, and Others. The soy segment captured XX% Market share in 2020 and dominated the market. Soy is a plant-based protein that comes from the soybean, which is a legume. It’s a great source of protein for both vegetarians and vegans alike, as well as those avoiding dairy, with no cholesterol and very little saturated fat. The growing awareness about the health benefits of soy is leading to the growing share of this segment.

Request for Sample of the report browse through – https://univdatos.com/get-a-free-sample-form-php/?product_id=19728

Additionally, the report provides detailed initiatives that are being taken in the field of Vegan Foods. The market is classified into distinct regions including North America (the U.S, Canada, Rest of North America), Europe (Germany, France, Spain, Italy, and United Kingdom and the Rest of Europe), Asia-Pacific (China, Japan, Australia, India, and the Rest of APAC), Rest of World has been conducted. North America region grabbed XX% market and captured USD XX Mn market share in 2020. Vegan foods contribute 65% of the per capita supply of protein on a worldwide basis and 32% in the North American region. According to Nielsen, 55% of U.S. households state that “high protein” is an important attribute considered when buying food. However, Asia-Pacific would witness a considerable CAGR in the forthcoming years. Blood Screening Market is expected to grow at a CAGR of around 10% during the forecast period 2 ..

Hydraulic Turbines market is expected to exceed the market valuation of more than US$ XX millio .. 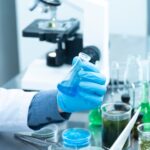 The shift toward healthier alternatives is fueling the market of polyphenols 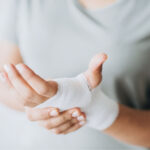