Virtual Power Plant Market is expected to exceed the market valuation of more than US$ XX billion by 2027 expanding at a reasonable CAGR of around XX% during the forecast period (2021-2027). The increasing use of renewable energy (RE) is causing a worst-case scenario for bulk system reliability as governor control and grid inertia displacements and frequency deviations are increasingly common due to RE variability. Therefore, to maintain future grid resiliency, instituting frequency response reserves with DER in accordance with utility, Regional Transmission Organization (RTO)/ Independent System Operator (ISO) and NERC requirements are critical. Controlling all individual DERs is an intensive task. VPP provide a cohesive framework providing grid support service with robust communication, efficient optimization of large and diverse sets of DER, robust control and this can eliminate the need for dedicated ancillary service thermal plants. Green Electric, a company in Oregon, Portland has started assembling 4 MW VPPs as a precursor to 200 MW of distributed flexibility. Households that are taking part in this VPP experiment and get a rebate of US$ 20-40 per month for using the existing batteries.

Key factors influencing this growth include increasing electricity generation using renewable energy sources and the decreasing costs of solar energy generation and storage. Additionally, the shift from centralized to distributed generation is also influencing the market growth. With increasing generation of renewable energy, VPP is the best outlet to accumulate and distribute all the different forms of energy from one place and thus, is gaining immense popularity. Additionally, there is a rising demand of electric vehicles and smart grids that is driving the market growth.  For example, the electric car stock hit the 10 million mark in 2020 which is a 43% increase from 2019. However, the drawbacks of the virtual power plants market include its health and safety concerns of VPPs releasing electromagnetic waves at radio frequency (RF).

For a detailed analysis of the market drivers in Virtual Power Plant Market browse through – https://univdatos.com/report/virtual-power-plant-market

Based on technology, the virtual power plants market is segmented into Distribution Generation, Demand Response, and Mixed Asset. Amongst technology, the demand response segment of the virtual power plants market was valued at US$ XX billion in 2020 and is likely to reach US$ XX billion by 2027 and is growing at a CAGR of XX% from 2021-2027. This is due to modernization of grids with the VPP industry which is expected to lead to its increased demand. The Mixed Asset market is expected to show the highest CAGR growth during the forecast period, on account of increasing application of smart devices to control consumer sited loads.

For a detailed analysis of the End-User in the Virtual Power Plant Market browse through – https://univdatos.com/report/virtual-power-plant-market

Based on end-user, the virtual power plant market is segmented into Commercial, Industrial, and Residential. Amongst end-user, industrial segment accounted for a market valuation of US$ XX billion in 2020 and is expected to reach US$ XX billion by the year 2027, at a CAGR of XX% over the analyzed period. Additionally, the residential segment will also show a lucrative CAGR during the forecast period. This is because, according to IIOT-WORLD, by 2040, renewable sources will account for 60% of the power generated worldwide and almost half of that will be from wind and solar cells.

Additionally, the report provides detailed initiatives that are being taken in the field of Virtual Power Plant, globally. The report provides a detailed analysis of regions including North America (the U.S, Canada, and Rest of North America), Europe (Germany, France, Spain, Italy, UK, and Rest of Europe), Asia-Pacific (China, Japan, India, Australia, and Rest of Asia-Pacific), and the Rest of the World. Asia Pacific dominated the market in 2020, with XX% share. Next Kraftwerke, EnerNOC, Schneider Electric, AGL Energy, Flexitricity, Siemens, Cummins, GE, ABB, and Comverge are some of the prominent players operating in the Virtual Power Plant market. Several M&As along with partnerships have been undertaken by these players to make Virtual Power Plant as cost-effective and as widely available as possible.

Request for Sample of the report browse through – https://univdatos.com/request_form/form/497 Global solar ingot wafer market is expected to grow at a CAGR of around 12% during the forecast .. Global Mine Ventilation Market is expected to foresee significant growth. APAC to lead the growth!

Global mine ventilation market is expected to register a CAGR of around 5% over the period of 2 .. 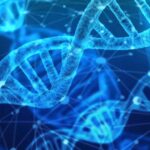 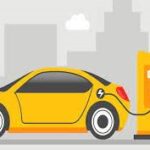