Water Desalination Equipment market is expected to exceed at a reasonable CAGR of around ~10% during the forecast period (2021-2027). Rising water demands and lowering supplies of water is increasing water scarcity in most regions of the world. Conventional methods that rely on rainfall and river runoffs in water scarce areas are no longer sufficient to meet the demands of human beings. Unconventional water resources, like desalinated water are expected to play a critical role in narrowing the water demand-supply gap. As of 2019 there are 15,906 operational desalination plants which produce up to 95 million m3/day of desalinated water available for human use. Out of this, 48% is produced in the Middle East and North Africa regions. The major challenge associated with desalination technologies is the production of typically hypersaline concentrate (brine) discharge which requires disposal. This is both costly and associated with negative environmental impacts. The global installed desalination capacity has been steadily increasing at the rate of about 7% per annum since 2010 till the end of 2019. There are only a few extra-large plants which supply most of the global desalination capacity. There is a sharp rise in desalination capacities in regions like Europe and Africa. Seawater and Engineering Procurement Construction (EPC) model are most frequently used in feed water and plant delivery methods accounting for 57% and 71.7% of the global installed capacity, respectively.

The main drawback in membrane technology for desalination is its cost. Two factors make this technology expensive: a) the quantity of energy consumed by the pumping systems, particularly the high-pressure reverse osmosis systems; b) the deterioration of membranes. The membranes used in reverse osmosis need to be cleaned after several months of service. In generally every 3 to 5 years, the membranes become too stained, and their performance drops significantly, after which they need to be replaced. Other processes like electrolysis rely on the exchange of ions and Nano filtration or ultrafiltration works by microfiltration. Desalination costs today average at US$ 0.5 per cubic meters, this price varies according to the scale, the electric needs, and the distribution. According to the Texas Water Development Board, the cost of one cubic meter treated by distillation lies between US$ 0.95 and 1.04, and on the other hand, water treatment by reverse osmosis costs around US$ 0.84.

For a detailed analysis of the Water Desalination Equipment Market browse through – https://univdatos.com/report/water-desalination-equipment-market/

The outbreak of the Covid-19 pandemic has had an adverse impact on the global economy as governments all over the world were forced to implement lockdowns which prevented the spread of the virus. As a result of this desalination plant operations were forces to stop and the systems were hampered. Due to this, non-domestic (industrial, institutional, and commercial) water demand declines while the demand for domestic water increased globally. The key challenge was to ensure operational continuity to minimize the impact on the water delivery for municipal applications. The objective of the desalination plant operators was to secure a reliable water supply to local communities and municipalities during the pandemic. Furthermore, the unavailability of workforce and decline in logistical operations, the functioning of desalination plants was affected. Additionally, the desalination projects in the construction phase were suspended, due to which the growth of water desalination plants was hampered. Orders of pumps, membranes, pressure vessels etc. also declined due to the lockdown.

For a detailed analysis of the Source in the Water Desalination Equipment Market browse through – https://univdatos.com/report/water-desalination-equipment-market/

Based on Source, the Water Desalination Equipment Market is segmented into Seawater, Brackish Water, and Others. The ocean makes up 70% of the earth’s surface and accounts for 96% of the water on the planet. The scarcity of freshwater resources and the need for additional water supplies is already critical in many arid regions around the world and will be increasingly important in the future. Arid areas do not simply have freshwater resources in the form of surface water such as rivers and lakes.

Based on Product, the Water Desalination Equipment market is segmented into Membranes, Pumps, Evaporators, and Others. Various types of membranes are present for different membrane processes of water purification and desalination including microfiltration (MF), ultrafiltration (UF), reverse osmosis (RO), nanofiltration (NF), membrane distillation (MD), ion exchange membranes and forward osmosis (FO). The separation principle in these processes is mainly based on the different sizes of molecules and other objects (MF, UF, and NF), ionic charge of molecules and membrane surface (NF, FO, and RO), hydrophobicity (MD), and electrical polarity (ion exchange membrane).

Request for Sample of the report browse through – https://univdatos.com/get-a-free-sample-form-php/?product_id=11607 Global Sport Side by Sides (SxS) Market is expected to foresee significant growth. Asia-Pacific to lead the growth!

Global Sport Side by Sides (SxS) Market is expected to reach the market valuation of US$ XX bil .. Textile Chemicals Market was estimated to be around 26 billion in 2020 and is anticipated to di .. 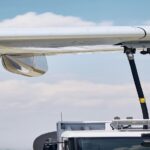