Biodegradable Films Holds Huge Potential in Reducing the Use of Plastics. Asia Pacific to Witness the Highest Growth.

Biodegradable Films market is expected to exceed the market valuation of around US$ 2 billion by 2027 expanding at a reasonable CAGR of around 7% during the forecast period (2021-2027). The excessive use and disposal of plastic packaging materials have drawn increasing concerns from the society because of the detrimental effect on environment and ecosystems. Polyethylene (PE) films are most widely used fruit packaging material and is not suitable for long-term preservation of some tropical fruits like mangoes, due to its inferior gas permeability. Using biodegradable material like cellulose-based film are made from renewable resources which makes it a promising alternative to PE as a packaging material. The market of biodegradable packaging is growing at a significant pace. In 2019, the biodegradable plastic packaging market cost nearly US$ 4.7 billion. As per a research study, this market is expected to grow to nearly US$ 12.1 billion by 2025. Conventional plastics can take up to an estimated 1,000 years to decompose and thus biodegradable plastics are being sought after as an eco-friendly biodegradable plastics alternative.

The term bioplastics is used for two separate things: bio-based plastics (plastics made at least partly from biological matter) and biodegradable plastics (plastics that can completely be broken down by microbes in a reasonable timeframe, given specific conditions). Not all bio-based plastics are biodegradable, and not all biodegradable plastics are bio-based. These biodegradable materials come from renewable sources and can be used to reduce the problem of plastic waste which is suffocating the planet and polluting the environment. These are 100% degradable, equally resistant, and versatile, already used in agriculture, textile industry, medicine and, overall, in the container and packaging market, and biopolymers are already becoming popular in cities throughout Europe and the United States for ecological reasons and are known as PHA. They also expected PLA to have about a 40% share of the bioplastics market in 2018.

For a detailed analysis of the market drivers in Biodegradable Films Market browse through– https://univdatos.com/report/biodegradable-films-market/

With the advent of the coronavirus pandemic the usage of plastic surgical masks and PPE kits has increased tremendously. This increases the need of biodegradable films to reduce pollution. The global production of plastic increased from 1.5 million metric tons in 1950 to nearly 350 million metric tons in 2017, most of which is disposed in the landfill as waste and produce 2.8 billion tons of greenhouse gas per year. This consumption needs to be reduced and the easiest way to do that is by increasing the use of biodegradable films made from natural materials like chitin and lignin. This is already being done by a few companies around the world to produce biodegradable goods and surgical and beauty masks. This is an important initiative to promote the clean energy revolution which is much needed around the world.

Based on Type, the Biodegradable Films market is segmented into Polylactic Acid (PLA), Starch Blends, Biodegradable Polyesters, Polyhydroxyalkanoates (PHA), Regenerated Cellulose, and Cellulose Derivatives. Biodegradable Polyesters are further sub segmented into Polycaprolactone (PCL) and Polybutylene Adipate Terephthalate (PBAT). Amongst Type, the biodegradable polyesters segment of the market was valued at US$ XX billion in 2020 and is likely to reach US$ XX billion by 2027 growing at a CAGR of XX% from 2021-2027. The three main considerations which characterize the development of bio-plastic industry are increased advertisements, government commands and specialized development.

Based on Crop Type, the Biodegradable Films market is segmented into Flowers & Plants, Grains & Oilseeds, and Fruits & Vegetables. Amongst crop type, Fruits and Vegetables segment accounted for a market valuation of US$ XX billion in 2020 and is expected to reach US$ XX billion by the year 2027, at a CAGR of XX% over the analyzed period. The increased use of natural biodegradable polymers in preserving foods is the consequence of increasing concern about sustainability. Starch stands out amongst the natural polymers because of its worldwide availability, high extraction yield and high nutritional value.

Based on application, the Biodegradable Films market is segmented into Food Packaging, Cosmetic & Personal Care Products Packaging, Agriculture & Horticulture, Industrial Packaging, and Other Applications. Other applications are further sub segmented into Carrier Bags, Service Ware and Composting. Amongst application, the food packaging segment of the market was valued at US$ XX billion in 2020 and is likely to reach US$ XX billion by 2027 growing at a CAGR of XX% from 2021-2027. Approximately 2% of the GDP in South Africa is contributed by the packaging industry. In 2020 the forecasted demand of the packaging industry was expected to reach 1 million tons per year. The packaging material is considered as the major component in the sustainable development which relates to sustainable consumption and production.

Based on end-user, the Biodegradable Films market is segmented into Retail Store and Supermarket. Amongst end-user, the supermarkets segment of the market was valued at US$ XX billion in 2020 and is likely to reach US$ XX billion by 2027 growing at a CAGR of XX% from 2021-2027. Supermarket owners have been making big changes to their packaging policies in the past years. The agenda of plastics moved up in the agenda for businesses at the end of 2010s. Reusable schemes are also becoming more prevalent in the UK based Waitrose and the France’s Carrefore chains, both testing their own systems. With the help of schemes such as Unpacked, Waitrose has positioned itself as one of the leading sustainable supermarkets in the UK.

Request for Sample of the report browse through– https://univdatos.com/get-a-free-sample-form-php/?product_id=10804

Additionally, the report provides detailed initiatives that are being taken in the field of Biodegradable Films, globally. The report provides a detailed analysis of regions including North America (the U.S, Canada, and Rest of North America), Europe (Germany, France, Spain, Italy, UK, and Rest of Europe), Asia-Pacific (China, Japan, India, Australia, and Rest of Asia-Pacific), and the Rest of the World. Asia Pacific dominated the market in 2020, with XX% share. 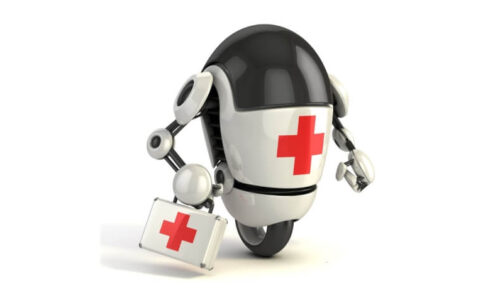 Global Beverage Packaging Market is Expected to Foresee Significant Growth during the Forecast Period. Asia-Pacific to Witness the Highest Growth

Global Beverage Packaging Market is expected to reach a market valuation of above USD 192 billi ..