The US Energy Information Administration projects that total world consumption of marketed energy is expected to increase by 44% from 2006 to 2030.The global demand for fossil fuels is swelling against a tight economic environment, and the Middle East is no exception. The domestic consumption of energy in the region is increasing at an astonishing rate. Although Middle Eastern countries are the world’s leading producers of fossil fuels, several clean technology initiatives have been launched in the last few years, indicating the region’s commitment to exploiting renewable sources of energy. Shell’s Energy Scenario data estimates that demand for diesel is increasing at an average 4% per annum, led by a growth in the cargo business, underlined by the UAE’s status as a global logistics hub. According to the International Energy Agency (IEA) that the global share of biofuel in total transport fuel would grow from 2% today to 27% in 2050, whereas the share of biofuels in the Middle East is expected to reach 5% by 2020.

Investment Structure of Biofuels over the Past Decade

A fall of about 32% was witnessed in the sector from 2019 to 2020. Only a few years after the major cuts seen in 2015 and 2016, investment in the oil and gas sector was hit with an even greater shock in 2020. Markets, companies, and entire economies reeled from the effects of the global crisis caused by the Covid-19 pandemic, and the impacts were felt all along the global hydrocarbon supply chains. The figure below shows the investment structure of biofuels in recent years.

Revised Spending in Major Biofuel Companies in the Region

Companies have responded with sharp downward revisions to their 2020 investment. The initialreductions in capital expenditure average around 25% compared with the plans that had previously been outlined for the year. Given continued financial stress, practical difficulties with project implementation and some disruption to supply chains, the likely net result for the global upstream sector is a drop of almost one-third in investment compared with 2019.The figure below highlights the initial as well as revised spending of major companies in the segment in the Middle East region.

A record-breaking growth was experienced in LNG during the year 2019. In recent years, investment in new refining, petrochemicals and LNG capacity had already started to run ahead of near-term growth in consumption: the effects of the crisis on demand mean that this problem of overcapacity now looms very large. There are clear opportunities in all these sectors, especially given those longer-term demand expectations for plastics and for gas are relatively robust. The figure below shows the annual capacity and demand of the biofuel in recent years.

The development of biofuel markets in the recent past has been strongly related to biofuel policy packages in place, the macroeconomic environment, and the level of crude oil prices. Recent policy decisions in major biofuel producing and consuming countries ease uncertainties concerning the future of biofuel markets at least over the short term. However, in the medium term, the policy environment remains uncertain. It is likely that the advanced mandate will increase over the next decade as assumed in this outlook, but it is not clear whether the biodiesel mandate will also grow. The current weak energy prices prevent investment in research and development for advanced biofuels produced from ligno-cellulosic biomass, waste, or non-food feedstock. Consequently, projections for biofuel markets presented assume that most of the biofuels to be produced in the next decade will be produced out of agricultural feedstock. It is thus likely that biofuel production will have direct or indirect effects on the environment, on land use and to a certain extent on agricultural markets in the medium term. North America Digital Transformation Market Is Expected To Foresee Significant Growth. Us To Lead The Growth

North America Digital Transformation Market is expected to reach the market valuation of U .. Global CPG Digital Marketing Market Is Expected To Reach Us$ 60.6 Billion By The End Of The Year 2027. US & China to The Most Prominent Market

In a global economy where advertising is usually relied upon to open acceptance and create dema .. 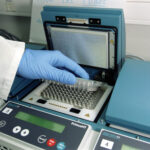 Bright Outlook of Renewable Energy in The Sub-Saharan Africa