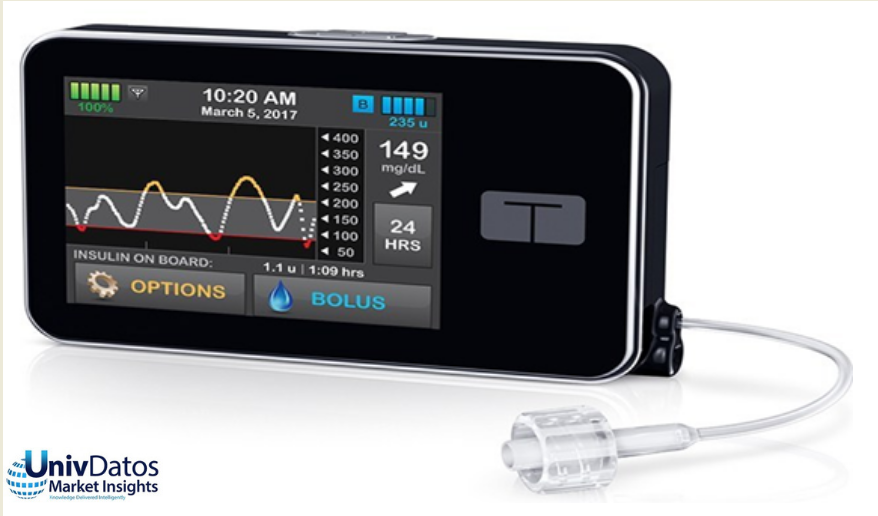 Diabetes, a condition that impairs the body’s ability to process blood glucose, is one of the most common and costly chronic diseases. The intensive treatment of glucose, blood pressure and lipid levels in individuals with diabetes substantially reduces the risk of developing diabetes related complications.

Recently in February 2019, The US Food Drug Administration has granted marketing authorization to the t:Slim X2 insulin pump with interoperable technology to Tandem Diabetes Care Inc. To date, the insulin pumps have either been approved by the FDA as part of a single, predefined diabetes management system (class III, highest-risk devices) or cleared by the FDA as stand-alone devices (class II, moderate risk devices). The t:Slim X2 insulin pump has been reviewed through the de novo pre-market review pathway since it is interoperable with other diabetes device components.

The advances in the digital health have made much more tailored approaches to diabetes care possible. This t:Slim X2 pump works by delivering insulin under the skin at set or variable rates. It can be digitally connected and receives drug dosing commands from other diabetes management devices. This has further established the role of Tandem Diabetes Care as a key innovator in the insulin pump industry.  To this end, it launched the first touchscreen pump approved as iCGM compatible. This pump is capable of remote software updates by utilizing personal computer, offering the potential for users to access new features as they meet necessary regulatory requirements.

t:slim X2 is at least 25% smaller than all other durable insulin pumps available in the United States, and 38% smaller than the newest insulin pump form factor offered by one of its  leading competitors. t:flex offers a similar sleek pump form factor, while utilizing a cartridge with 480 units of insulin, providing enhanced flexibility to people with greater insulin needs.

There are more than a third of the US adults who have prediabetes and majority of the population is not diagnosed. Approximately, 1 out of 4 adults are living with diabetes with around 7.2 million population.

According to the American Diabetes Association, it is estimated that between 750,000 and 1 million people worldwide used an insulin pump. Domestically, the company estimates that approximately 550,000 people in the United States use an insulin pump, of which approximately 80% have type 1 diabetes. This indicates the major opportunity for t:Slim X2 pump in the diabetes market.