Micro inverter is a device used with solar arrays to convert the energy that is generated (direct current) to usable electricity for a home (alternating current). Since entering the solar market less than a decade ago, micro inverters that convert the DC from individual PV modules into usable AC power for home and business is enthusiastically embraced by system designers and installers. They are turning up in larger, more sophisticated solar installations every day, a trend that is not going to change anytime soon. The increasing demand for clean energy is one of the major drivers for the growth of the solar market. Hence, several companies are developing solar micro-inverters. The micro inverters provide several benefits; they last longer as they are not expose to heat loads and high power. Moreover, in the case of micro inverters, there is no single point of failure, which means that the whole system remains unaffected even if one panel has a fault. Several companies have started building smart micro inverters, which are fully networked, software-defined inverters, developed with advanced grid function. 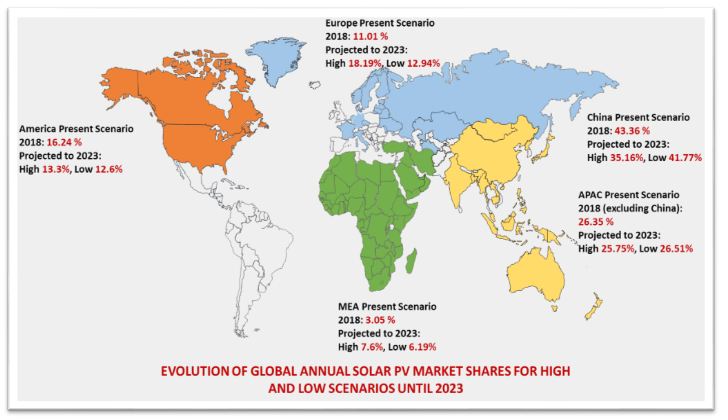 Micro inverter is in high demand outside the United States as new markets rush to take advantage of the devices. The scientists of India are designing and integrating the micro inverter-based systems in India. Several new companies have entered the market and have released their products, including the two largest PV inverter manufacturers, SMA and Power-One. As per the report published by UnivDatos Market Insights, the Global solar Micro inverter market was valued at US$ 977.5 Million in 2018 and is anticipated to reach US$ 5,604.6 Million by 2025 displaying explosive CAGR of 28.4% over the forecast period 2019-2025.

The traditional solar systems consisted of only one inverter. Hence, in case of failure of the inverter, there is no alternate energy transfer. For resolving this issue, the idea of a string inverter was proposed and implemented. Even with string inverters, a PV system was not suitable as a plug and play device for domestic applications. Therefore, it is desirable to design systems that have inverters inside the PV modules, which ensure the stable operation and The Maximum Power Point Tracking (MPPT) for every module. Micro inverters have become common where array sizes are small and maximizing performance from every panel is a concern. Micro inverters have been most successful in the residential market, where limited space for panels constrains array size and shading from nearby trees or other objects is often an issue. Solar systems have low efficiency and used in assistance with the power electronics-based system for efficient energy harvesting. Micro inverter technology is an upcoming field and provides a good room for new research.