The global ammonium sulfate market is likely to showcase a growth of around 6% during the forecast period. This can be ascribed to the increasing demand for fertilizer. Although it is now less commonly used in fertilizer applications, however, in the case where both nitrogen and sulfur are required, ammonium sulfate is preferred among fertilizer manufacturers. Further, its high solubility provides versatility for a number of agricultural applications.

For a detailed analysis of the global Ammonium Sulfate market browse through https://univdatos.com/report/ammonium-sulfate-market/

For a detailed analysis of the market, drivers browse through https://univdatos.com/report/ammonium-sulfate-market/

Based on type, the market is bifurcated into dry and solid. Among both, the dry category accounted for a prominent share in the market and is expected to maintain its position during the forecast period due to its preference from agricultural, pharmaceuticals, food & beverage industries. Since dry ammonium sulfate is higher in purity, therefore it is preferred in areas where high purity of raw materials is required.

Based on application, the market is categorized into fertilizers, pharmaceuticals, food & feed additives, water treatment, and others. Among these, fertilizers are among the largest consumer of ammonium sulfate. Due to the presence of a high amount of sulfur, which supports or drives numerous essential plant functions, including protein synthesis, ammonium sulfate is used in the agriculture industry. Moreover, rice cultivating farmers use ammonium sulfate in flooded soil, since nitrate-based fertilizers are a poor choice due to denitrification losses.

Request for a sample of the report browse through https://univdatos.com/get-a-free-sample-form-php/?product_id=25662

For a better understanding of the market adoption of Ammonium Sulfate, the market is analyzed based on its worldwide presence in the countries such as North America (the United States, Canada, Rest of North America), Europe (Germany, the United Kingdom, France, Italy, Spain, and Rest of Europe), Asia-Pacific (China, Japan, India, Australia, and Rest of Asia-Pacific), and Rest of World. Asia-Pacific accounted for a significant share of the market and is expected to showcase significant growth over the forecast period. This can be ascribed to the large base of the end-use industry as well as the presence of a large number of ammonium sulfate-producing companies in the regional economies that contributes to the easy availability at a lower cost. Global dual screen laptops market was valued around USD 2.5 Bn and is expected to grow at a CAG .. Global baby safety products market is expected to register a CAGR of around 4% over the period .. 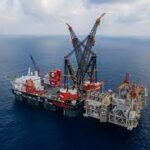 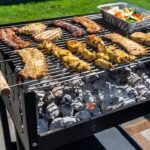