Global Anechoic Chamber Market is expected to grow at a CAGR of around ~6% during the forecast period 2021-2027. An anechoic chamber is a room designed to absorb all electromagnetic radiation and sound reflections completely. These chambers are frequently sheltered from waves that approach their surroundings. This configuration means that only simple sounds and no reverberating sounds are heard by a human or detector. This makes it appear as if the thing is in an impossibly large space. The growing trend of outsourcing testing, inspection, and certification (TIC) services, the prevalence of stringent government regulations relating to electromagnetic interference (EMI) across the electronics industry, the increased need for anechoic chambers for electromagnetic compatibility pre-compliance testing, and the growing use of industry-specific customized anechoic chambers are some of the major and vital factors that will likely augment the growth of the anechoic chamber market.

For a detailed analysis of the market, drivers browse through – https://univdatos.com/report/anechoic-chamber-market/

For a detailed analysis of the Covid-19 Impact on the market browse through – https://univdatos.com/report/anechoic-chamber-market/

The term ‘anechoic’ means the absence of an echo. A room that is constructed to have minimum wave reflection from the walls, ceiling, and the floor is referred to as an anechoic chamber. Electromagnetic compatibility (EMC), electromagnetic interference (EMI), and radiofrequency (RF) testing are all done in anechoic chambers by electronics experts. These rooms inside walls have been coated with a unique substance that absorbs electromagnetic radiation. There are also audio anechoic chambers, which absorb sound waves rather than electromagnetic energy and are used for applications such as audio recording. Foam pyramids laden with conductive carbon are frequently used to cover the inside surfaces of anechoic chambers. The pyramids’ tapering construction allows radio waves to flow from the air to the lossy carbon used in the pyramids with minimum wave reflection. All of the incident electromagnetic energy should be absorbed and converted to heat by the RF absorbers. In practice, however, some of the incident RF power is reflected off the chamber walls. The reflected wave is typically 0.1 percent to 1% of the incident wave, resulting in a -30 to -20 dB attenuation.

Request for a sample of the report browse through – https://univdatos.com/get-a-free-sample-form-php/?product_id=19912

For a better understanding of the market adoption of the Anechoic Chamber, the market is analyzed based on its worldwide presence in the countries such as North America (United States, Canada, Rest of North America), Europe (Germany, France, UK, Italy, Spain, and Rest of Europe), Asia-Pacific (China, Japan, India, South Korea, Rest of APAC), and Rest of World. During the projection period, the Asia-Pacific region led the market for Anechoic Chamber. The region’s anechoic chambers market has a wide range of potential due to the growing demand for sophisticated devices and the latest medical breakthroughs. Various aerospace businesses are expanding their manufacturing in the APAC region due to low labor costs and the simplicity with which foreign investment regulations can be met. All of these reasons are projected to drive the anechoic chamber market in APAC forward. Global Genomics Market Is Expected To Foresee Significant Growth During The Forecast Period. North America To Witness The Highest Growth

Global Genomics Market is expected to reach the market valuation of USD 57,237.1 million by 202 .. 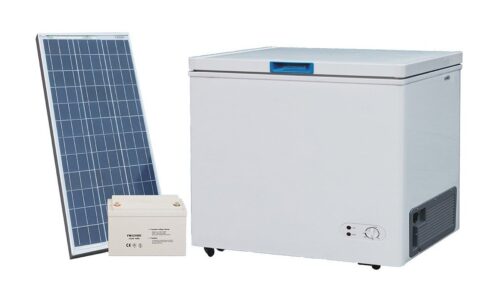 The global Solar Freezer Market is expected to reach the market valuation of US$ XX million by .. 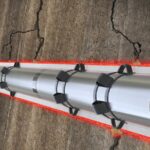 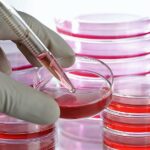