For a detailed analysis of the global Barium Isopropoxide Market browse through https://univdatos.com/report/barium-isopropoxide-market/

The global increase in demand from chemical industry owing to rising industrialization and growing consumer purchasing power are some of the reasons for increasing demand of barium isopropoxide. Since barium isopropoxide is commonly used in the sol gel synthesis which is one the commonly used thin film deposition method. The demand of thin film is increasing on account of its large number of applications such as magnetic recording media, electronic semiconductor devices, integrated passive devices, LEDs, optical coatings such as antireflective coatings, hard coatings on cutting tools, energy generation such as thin-film solar cells, and storage such as thin-film batteries. Therefore, rising demand of thin film is increasing usage of sol gel method for film preparation, resulting in increasing demand of barium isopropoxide.

For a detailed analysis of the market drivers browse through https://univdatos.com/get-a-free-sample-form-php/?product_id=13008

In the light of COVID-19, demand of barium isopropoxide impacted in a negative way. Since it is used in sol gel synthesis for the deposition of thin film which is widely used by several industries including electrical and electronics and as a catalyst in chemical industry, therefore halted manufacturing operations in aforementioned industries has affected the consumption of barium isopropoxide.

For a detailed analysis of the Covid-19 Impact on the industry browse through https://univdatos.com/get-a-free-sample-form-php/?product_id=13008

Based on form, the market is categorized into powder and solution. Among both, powder category held the significant share in the market and is likely to showcase considerable growth during the forecast period. This can be mainly attributable to usage of barium isopropoxide in the sol gel thin film deposition technique in powder form. Sol gel thin film is extensively investigated thin film deposition technique and is commonly used in the research & development in the industries.

Based on application, the market is categorized into sol gel synthesis, catalyst, and others. Among these, sol gel synthesis held the significant share in the market owing to its usage in deposition of thin films. Further, the category is likely to showcase robust growth during the forecast period owing to increasing investment in development of more efficient thin fil solar cells. Further, thin film is used in the development of storage devices (batteries). Therefore, with increasing demand of batteries, demand of thin film would also grow resulting in the increase in demand of thin film deposition techniques.

Request for Sample of the report browse through https://univdatos.com/get-a-free-sample-form-php/?product_id=13008

For a better understanding of the market adoption of Barium Isopropoxide, the market is analyzed based on its worldwide presence in the countries such as North America (United States, Canada, Rest of North America), Europe (Germany, UK, France, Spain, and Rest of Europe), Asia-Pacific (China, Japan, India, Australia, and Rest of APAC), and Rest of World.  Asia-Pacific captured the significant share in the market owing to its large and growing chemical industry and increasing investment in research & development activities. 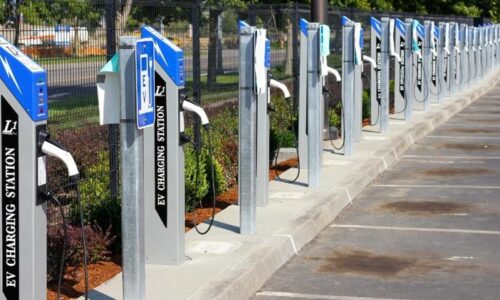 EUROPE ELECTRIC VEHICLE CHARGING STATION MARKET IN TERMS OF VOLUME IS EXPECTED TO REACH 3.2 MILLION BY 2025 DRIVEN IMMENSELY BY HIGH EV UPTAKE AND SUPPORTIVE GOVERNMENTAL POLICIES IN COUNTRIES SUCH AS THE NETHERLANDS, NORWAY AND SWEDEN