The global Bunker fuel market is expected to grow at a CAGR of around 5 % over the period of 2021-2027. The Bunker Fuel market demand is increasing at propelling rate over the years and is expected to witness influential growth during the forecasted period as well. Factors that are attracting the market size of the bunker fuel are a significant rise in demand for marine diesel oil and the steady adoption of low-sulfur fuel oils. In addition, the rise in offshore oil & gas exploration activities and the international maritime organization (IMO) regulations on sulfur content in marine fuel have boosted the growth of the global bunker fuel market. However, with emerging trade tensions between different countries like the United States and China, high tariffs and other trade barriers being imposed on various goods are likely to hinder the market growth during the forecast period.

Moreover, ongoing progress in the field of international trading of goods, offshore renewable energy production, and offshore E&P are expected to increase the requirement for bunker fuel in the market. Also, the rising need for different oil grades in the market is anticipated to create ample opportunities for the participants to expand their product portfolio which escalates the market size of bunker fuel.

For a detailed analysis of the Global Bunker Fuel Market browse through – https://univdatos.com/report/bunker-fuel-market/

Based on application, the bunker fuel market is segmented into the container, bulk carrier, oil tanker, general cargo, the chemical tanker, fishing vessels, gas tanker, and others. The container segment is expected to account for a significant market share in the forecast period. The surge in demand for transportation of oil and oil-based products and growing trade-related agreements in the emerging economies is boosting the demand of the bunker fuel market.

Request for a Sample of the report browse through – https://univdatos.com/get-a-free-sample-form-php/?product_id=21557

For a better understanding of the market adoption of the Bunker fuel industry, the market is analyzed based on its worldwide presence in the countries such as North America (US, Canada, Rest of North America); Europe (Germany, UK, Spain, Italy, France, Rest of Europe); Middle East & Africa (UAE, Saudi Arabia, Nigeria, Egypt, South Africa and Rest of MEA); Asia-Pacific (China, India, Australia, Japan, Rest of APAC); Rest of the World. The Asia Pacific is expected to hold a significant market share in the forecast period owing to the increase in presence of a huge consumer base and the rise in maritime trade activities in the region. Moreover, presence of the developing countries such as China, Japan, Singapore, South Korea, and India contribute to the growth of the bunker fuel market in Asia-Pacific. Global Automotive Power Liftgate Market is expected to grow at a CAGR of around 5.8% during the .. 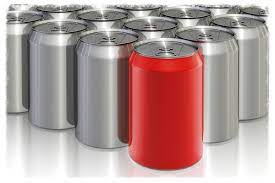 Growing beverages consumption is driving the market for beverage cans

The global beverage cans market is likely to showcase a growth of around 5% during the forecast ..