Clean Hydrogen Market is expected to exceed the market valuation of more than US$ XX billion by 2027 expanding at a reasonable CAGR of around XX% during the forecast period (2021-2027). Hydrogen can be produced using grid electricity; however, nuclear power and renewables is an alternative and more sustainable way of hydrogen production. The costs of renewable electricity are declining especially the wind and solar PV and additionally there is a growing interest in electrolytic hydrogen in the recent years. If we produce all the hydrogen demand from electricity, it will use approximately 3,600 TWh, which is more than the total annual electricity generation of the European Union. The declining costs of solar PV and wind generation give a low-cost alternative to building electrolysers source for hydrogen production. Hydrogen production using renewables is lower even after adding the transmission and distribution costs into account.

For a detailed analysis of the Clean Hydrogen Market browse through – https://univdatos.com/report/clean-hydrogen-market

Key factors influencing the growth of this market include increasing awareness about carbon alternatives among people. There is a tremendous increase in greenhouse gases production globally, especially due to industrialization. This leads to the emission of the greenhouse gases like methane, carbon dioxide, nitrous oxide which are responsible for the rising global temperatures. Since the last century, the global temperature of the planet has gone up by 1%. The highest carbon emitters include United States, China, The European Union, and Russia, which together account for 65% of the total carbon emissions. With the advent of Hydrogen Gas, it is the alternative to many applications that currently rely on fossil fuels including transportation, power generation, building, industry, and waste. All these make clean hydrogen a good alternative to fossil fuels soon and thus its expected market growth.

For a detailed analysis of the Technology in the Clean Hydrogen Market browse through – https://univdatos.com/report/clean-hydrogen-market

Based on end-user, the clean hydrogen market is segmented into Transport, Power Generation, and Industrial. Amongst end-user, transport accounted for a market valuation of US$ XX billion in 2020 and is expected to reach US$ XX billion by the year 2027, at a CAGR of XX% over the analyzed period. Hydrogen cars are becoming popular in some countries, but battery-operated electric vehicles are increasing in number worldwide.

Request for Sample of the report browse through – https://univdatos.com/request_form/form/447

Additionally, the report provides detailed initiatives that are being taken in the field of Clean Hydrogen, globally. The report provides a detailed analysis of regions including North America (the U.S, Canada, and Rest of North America), Europe (Germany, France, Spain, Italy, UK, and Rest of Europe), Asia-Pacific (China, Japan, India, Australia, and Rest of Asia-Pacific), and the Rest of the World. North America dominated the market in 2020, with XX% share. Linde plc, Air Liquide, Engie, Uniper SE, Siemens Energy, Air Products Inc, Green Hydrogen System, Cummins Inc, Toshiba Energy System & Solution Corporation, and Nel ASA are some of the prominent players operating in the global Clean Hydrogen market. Several M&As along with partnerships have been undertaken by these players to make Clean Hydrogen as cost-effective and as widely available as possible. The global Solid-State Transformer Market is expected to foresee significant growth. The Asia Pacific to lead the growth

Global Solid-State Transformer Market is expected to reach the market valuation of US$ xx billi .. 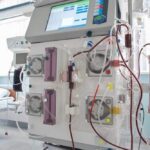 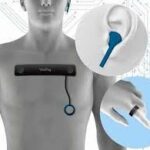