Coronary stents (CS) are expandable tubular metallic devices that are introduced into the coronary arteries that demonstrate stenosis due to an underlying atherosclerosis disease. It is utilized in a procedure known as percutaneous coronary intervention (PCI).

The global coronary stents market is expected to grow significantly by 2028 expanding at a reasonable CAGR of around 5% during the forecast period (2022-2028F). With the advancements in medical technology and the introduction of a variety of stents are the important factors that drive the market of the coronary stent market. Furthermore, the increasing geriatric population coupled with the rising prevalence of heart diseases in them spurs the market size of the coronary stents. As per CDC, 17% of adults aged above 65 years have coronary heart diseases and 7.6% of them have faced a stroke. Moreover, the changing lifestyle preferences have significantly increased the diseases such as diabetes and obesity that are responsible for increasing cardiac disorders.

For a detailed analysis of the market drivers of coronary stents browse through – https://univdatos.com/report/coronary-stents-market/

Based on type, the market is categorized as bare-metal stents, drug-eluting stents, and bioabsorbable stents. The drug-eluting stents segment held a significant share in the market of coronary stents. This is mainly due to the advantages offered to them such as it can help lower plaque buildup in your arteries and increase blood flow to your heart. Furthermore, the higher rate of stents failure is also responsible for the growth of the coronary stents market. For instance, annually, around 3% of the stents fail.

Based on the mode of delivery, the market is segmented into balloon-expandable stents and self-expanding stents. The balloon-expandable stents are expected to have a significant market share in the coronary stent market. This is mainly due to the usage of advanced materials in it along with the frequent product launches by major players. For instance, in September 2021, ivascular company launched iCover. It is a new generation BX-covered stent made of CoCrL605 with three tantalum radiopaque markers at each end. CoCr alloy stents can reach higher radial despite the decreased metal burden.

Based on end-users, the market is segmented into hospitals & clinics, ambulatory surgical centers, and others. The hospitals & clinics are expected to witness lucrative growth during the forecast period. The specialization of the hospitals in heart diseases and related diseases along with the presence of skilled staff attributed to the significant market share of the cardiac centers in the coronary stent market.

Request for a Sample of the report browse through – https://univdatos.com/get-a-free-sample-form-php/?product_id=29773

Additionally, the report provides detailed report also provides insights into the global coronary stents market according to the regions such as North America (United States, Canada, and the Rest of North America), Europe (Germany, France, Italy, Spain, United Kingdom, and Rest of Europe), Asia-Pacific (China, India, Australia, Japan, and Rest of APAC), Rest of World has been conducted. North America constitutes a significant market for artificial intelligence (AI) in the medical diagnostics industry due to the presence of better healthcare and diagnostic infrastructure along with higher healthcare investments. For instance, the per capita healthcare expenditure of Canada was US$ 5,048 in 2019. Furthermore, the presence of well-established market players and frequent product launches in the region is also a contributing factor to the growth of coronary stents market.

Market Insight, by Mode of Delivery Global Agrivoltaic market is expected to escalate in the coming years. It is mainly owing to fa .. The Global Medical Morphine Market is expected to grow significantly by 2027 expanding at a rea .. 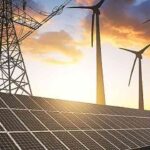 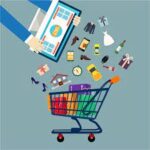