The global Diabetic Food Market is expected to grow significantly by 2027 expanding at a reasonable CAGR of around 5% during the forecast period (2021-2027).

A rise in the number of adults suffering from diabetes is one of the leading factors which is driving the market of diabetic food. In 2000, the global estimate of adults living with diabetes was 151 million. By 2009 it had grown by 88% to 285 million. Moreover, in 2019, 9.3% of adults aged 20–79 years, a staggering 463 million people are living with diabetes globally. A further 1.1 million children and adolescents under the age of 20, live with type 1 diabetes. A decade ago, in 2010, the global projection for diabetes in 2025 was 438 million. With over five years still to go, that prediction has already been surpassed by 25 million. As per the International Diabetes Federation (IDF), there will be 578 million adults with diabetes by 2030 and 700 million by 2045.

For a detailed analysis of Diabetic Food browse through – https://univdatos.com/report/diabetic-food-market/

The Prevalence of Obesity and Overweight is rising dramatically across the globe and has nearly tripled since 1975. Obesity is among one of the leading causes of death worldwide as obese people are prone to many serious health conditions and illnesses including Diabetes. As per CDC, More than 900,000 adult COVID-19 hospitalizations occurred in the United States between the beginning of the pandemic and November 18, 2020. It is estimated that 271,800 (30.2%) of these hospitalizations were attributed to obesity.

The COVID-19 pandemic has had an unparalleled impact on the socio-economic and healthcare structure across various countries. During COVID -19 period, people have seen their daily lifestyles change drastically. Diabetic patients especially had a reason to be concerned. As per a news article, doctors have reported a definite increase in the number of diabetes cases during the pandemic; and they blame the viral infection itself, the use of steroids in the treatment, and the sedentary lifestyle during the pandemic.

For a detailed analysis of the COVID-19 Impact on Diabetic Food browse through – https://univdatos.com/report/diabetic-food-market/

Based on the Product Type, the market is fragmented into Dietary Beverages, Bakery Products, Dairy Products, Confectionery Products, Ice cream, and Jellies. The dietary beverages segment grabbed the major market share in 2020. The segment captured XX% market in 2020. Moreover, the market of this segment is expected to skyrocket by 2027 by growing at an exponential CAGR during 2020-2021 due to the rising demand from the young generation owing to the growing popularity of products.

Based on the Distribution Channel, the market is fragmented into Supermarkets and hypermarkets, Pharmacies, Grocery Stores, Online Stores, and Others. The supermarket and hypermarket segment grabbed the leading market share and dominated the market. A rising number of supermarkets/ hypermarkets are leading to the growth of this segment. However, the online segment is expected to witness a robust CAGR during the forthcoming years.

Request for Sample of the report browse through – https://univdatos.com/get-a-free-sample-form-php/?product_id=11955

Additionally, the report provides detailed initiatives that are being taken in the field of Artificial Plants. The market is classified into distinct regions including North America (the U.S, Canada, Rest of North America), Europe (Germany, France, Spain, Italy, and United Kingdom and Rest of Europe), Asia-Pacific (China, Japan, Australia, India, South Korea, and the Rest of APAC), Rest of World has been conducted. North America region dominated the market and grabbed major market share in 2020. However, the Asia-Pacific region is expected to witness the highest CAGR during the forecast period on account of rising disposable income in the countries such as China, India, and Japan. The smart inhalers market is projected to gain market revenue of US$ 4,563.1 million .. The global Text-to-Speech Market is expected to witness CAGr growth of ~15.0% during the foreca .. 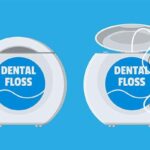