India Solar Energy market is expected to expand at a reasonable CAGR of around 8% during the forecast period (2021-2027). The renewable energy sector of India is the fourth most attractive renewable energy market around the world. As of 2020, India was ranked 4th in wind power and 5th in solar power globally. The installed capacity of renewable power generation has gained tremendous pace in the past few years, with a CAGR of 17.33% for the fiscal years 2016-20. Key factors promoting the growth of renewable energy is the increasing support of Government and improving economics. The sector is also becoming more attractive from the investors perspective. The growing energy demand of India is also expected to play an important role in the increased usage of renewable energy in India as it is expected to reach 15,820 TWh by 2040. The government of India aims to achieve 277 GW of renewable energy capacity by 2022, which includes 114 GW of solar and 67 GW of wind power capacity. This target is higher than the Paris Agreement target of 175 GW. By 2030, the government plans to increase its renewable energy capacity to 523 GW which will include 73 GW from Hydro Power.

For a detailed analysis of the India Solar Energy Market browse through https://univdatos.com/get-a-free-sample-form-php/?product_id=11234

The Covid-19 pandemic significantly increased the supply of solar panels which resulted in the delay of solar projects. Major factors which are driving the market growth include declining costs of solar modules and government policies, such as slowing 100% FDI under automatic renewable power generation route and distribution projects that is expected to increase the participation from global players into the Indian market. Moreover, the sharp decline in prices of solar technologies in recent years by more than 52% between 2010 and 2020 have played a major role in the driving the solar PV market in the country. The key drawback of solar energy market is the availability of lower cost alternatives in China which manufactures 8-10% cheaper modules than India. This has caused a huge dependency on imports of solar panels has hindered domestic manufacturing which be affect the market growth.

There was a 36% decrease in solar power capacity reductions during 2021 which fell by 36% as compared to 2020. This is largely attributed to supply chain disruptions, logistical restrictions, and construction delays during the pandemic lockdowns. However, despite these roadblocks, the aggregate solar capacity of India surpassed the total wind capacity in February 2021. Additionally, between April 2020 and February 2021, solar generation was almost 8% higher than the previous fiscal and its share in the total supply was consistently higher. Even though the overall electricity demand fell during the lockdown, there was an attractiveness towards the renewable energy sector. As auctions continued, record low solar tariffs were witnessed, new market entrants won some bids, commissioning deadlines were extended, must-run status was ensured and investors generally shoed a strong interest in the share of renewable companies. In addition to this Indian renewable companies managed to raise billions of dollars of debt from overseas sources till the end of 2021. One dark side of all this progress is that a significant amount of auctioned capacity, mostly solar, has still not been able to find buyers.

For a detailed analysis of the Type in the India Solar Energy Market browse through https://univdatos.com/get-a-free-sample-form-php/?product_id=11234

Based on Type, the Industrial Power Supply market is segmented into Photovoltaic systems and Concentrated solar power systems. Concentrated solar power systems are further sub segmented into Parabolic trough, Solar power tower, Fresnel reflectors, and Dish Stirling. Coal fired thermal power plants are the dominant source of energy generation in India. Coal-fired thermal plants utilize 5-7 Cu m water per MWh of electricity generated, where concentrated solar power systems utilize only 2-3 Cu m water per MWh of electricity generated for cooling and washing mirror surfaces. To reduce the dependence on coal-fired energy production in India, the ambitious Jawaharlal Nehru National Solar Mission (JNNSM) planned to install a total of 470 MW of CSP projects under its phase I (2010-2013). However, only 228.5 MW of total planned capacity was found operational in India as of 2018.

For a detailed analysis of the Application in the India Solar Energy Market browse through https://univdatos.com/get-a-free-sample-form-php/?product_id=11234

Based on Application, the India Solar Energy market is segmented into Residential, Commercial, and Industrial. Fossil fuels and electricity bills are getting expensive due to limited resources; thus, people are shifting towards solar panels for ecofriendly as well as cost effective sources. Solar Panels and Solar devices are alternatives to the conventional source of energy, and the demand of solar panels is increasing constantly. For example, a housing society in Bhandup (West), Mumbai is going to cut back its electricity expense by 65% as it inaugurated its 180-kilowatt power (kWp) solar plant in 2019.

Based on End-Use, the India Solar Energy market is segmented into Electricity Generation, Lighting, Heating, and Charging. Amongst End-Use, the Lighting segment dominated the market in 2020. Close to 300 million people in India have no access to electricity and depend on wood fire or kerosene for lighting needs. The Prakash Path initiative started jointly by the government and private sector is working on introducing solar lighting in rural parts of India. Philips won two major LED solar street lighting contracts in India of UPNEDA (Uttar Pradesh New and Renewable Energy Development Agency) and MANIREDA (Manipur Renewable Energy Development Agency). The two projects will provide more than 76,000 solar LED streetlights across 800 villages in Uttar Pradesh and across the main areas of the state capital as well as small towns and villages in Manipur.

Request for Sample of the report browse through https://univdatos.com/get-a-free-sample-form-php/?product_id=11234

Additionally, the report provides detailed initiatives that are being taken in the field of India Solar Energy in India. The report provides a detailed analysis of regions including East India, West India, South India, and North India. South India dominated the market in 2020. Adani Group, Emmvee Solar, Mahindra Susten Pvt. Ltd, Sterling and Wilson Pvt. Ltd, Tata Power Solar Systems Ltd, Vikram Solar Limited, ReNew Power Pvt. Ltd, NTPC Ltd, and Azure Power Global Ltd are some of the prominent players operating in the India Solar Energy market. Several M&As along with partnerships have been undertaken by these players to make India Solar Energy as cost-effective and as widely available as possible. Global Waste to Energy Market is expected to foresee significant growth. The Asia Pacific to lead the growth!

The Global Waste to energy market is expected to grow at a CAGR of more than 6% during the fore .. 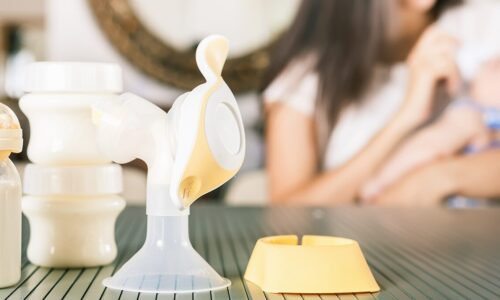 The Global Breast Pump Market is expected to reach market valuation of US$ 3.2 billio .. 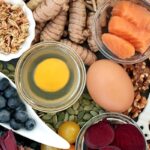