The global Pen Needles Market is expected to exceed the market valuation of more than US$ xx million by 2027 expanding at a reasonable CAGR of xx% during the forecast period (2021-2027). Pen needles are used with the pen injectors for the delivery of injectable dosage forms. A pen needle consists of a hollow needle that fits in a plastic hub and is further connected to the injection pen for drug delivery.

For a detailed analysis of the Pen Needles, market browse through – https://univdatos.com/report/pen-needles-market-516/

The rise of the COVID-19 has increased the demand for Pen Needles. Type 2 diabetes, CVD, and hypertension considerably increase the risk for hospitalization and death in COVID-19 patients. Hence, more focus is being given to the patients suffering from these diseases. The adoption of insulin pumps, insulin pens, and continuous glucose monitoring devices has been increased for close monitoring and optimal management of diabetes.

Based on Type, the market is fragmented into Standard Pen Needles and Safety Pen Needles. The Standard Pen Needles segment holds the largest share in 2020 and the Safety Pen Needles sub-segment is expected to grow at lucrative during the forecasted period. The increasing awareness regarding the risks associated with blood-borne pathogen transmission, needle safety concerns amongst patients and doctors is intensifying the segment growth. For instance, needle-related incidents can pass on many other kinds of viruses and bacteria, including Hepatitis C, Syphilis, Rocky Mountain spotted fever, and Varicella zoster virus, which causes chickenpox and shingles.

Request for Sample of the report browse through – https://univdatos.com/get-a-free-sample-form-php/?product_id=4695

Based on Mode of Purchase, the market is fragmented into Retail and Non-Retail. The Retail segment holds the largest share in 2020 and is expected to register the highest CAGR in the upcoming period owing to several discounts offered on retail purchases of pen needles, high convenience, rising awareness on pen needles, and the favorable reimbursement scenario in North America and Europe. .

For a better understanding of the market adoption of Pen Needles, the market is analyzed based on its worldwide presence in the countries such as North America (United States, Canada, and the Rest of North America), Europe (Germany, France, Italy, Spain, United Kingdom and Rest of Europe), Asia-Pacific (China, Japan, India, Australia, and Rest of APAC), and Rest of World. North America will dominate the Pen Needles market on account of the increasing geriatric population coupled with the rising prevalence of diabetes cases, and high healthcare spending. Some of the major players operating in the market include Allinson Medical, Inc., Artsana S.p.a, B. Braun Melsungen AG, Becton Dickinson and Company, HTL Strefa S.A., Novo Nordisk, Owen Mumford Ltd., Terumo Corporation, Ultimed Inc., and Ypsomed Holding AG. Several M&As along with partnerships have been undertaken by these players to boost their presence in different regions.

Feel free to contact us for any queries – https://univdatos.com/get-a-free-sample-form-php/?product_id=4695

Market Insight, by Mode of Purchase Global Cellulose Acetate Market was valued at around US$ 4 billion in 2020 and is likely to sho .. DC Circuit Breaker Market is expected to exceed the market valuation of more than US$ XX b .. 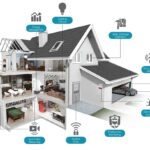 Global Smart Home Market To Attain Market Value Of Us$ 140.5 Billion By 2024, Growing At A Cagr Of 24%. Us To Be The Largest Market For Smart Home Devices