Global Sepsis Diagnostics Market is expected to grow significantly by 2027 expanding at a reasonable CAGR of around 9% during the forecast period (2021-2027). Sepsis is a life-threatening medical emergency in which one’s body produces an extreme response to an infection causing damage to its own organs and tissues. Based on the severity of infection, sepsis can be of three types: sepsis, severe sepsis, and septic shock.

The market for sepsis diagnostics is witnessing an uptick on account of the growing prevalence of life-threatening disease sepsis and rising demand for its diagnostic solutions. For instance, in April 2018, sepsis affects over 30 million across the globe and this leads to about 6 million deaths globally, as per the data published by the WHO. Also, nearly 3 million newborns and 1.2 million children suffer from sepsis each year globally. This has resulted in the increased focus of researchers all over the globe to develop rapid diagnostic tests for sepsis diagnosis at an early stage that could save millions of lives all over the world. For example, in 2019, researchers at the University of Strathclyde have discovered an advanced and economical test for sensitive real-time measurement of sepsis that is much quicker than prevailing hospital tests. On average, the current hospital test for diagnosing sepsis takes up to 72 hours to process. However, this newly developed test uses a small-sized microelectrode for analyzing the blood samples of patients and provides final results in just around two and a half minutes. Moreover, many of the industry players in the market are strengthening their market position by expanding their product offering in point of care technology rapidly detecting sepsis.

For a detailed analysis of the market drivers of sepsis diagnostics browse through – https://univdatos.com/report/sepsis-diagnostics-market/

Based on technology, the market is segmented into microbiology, immunoassays, molecular diagnostics, and flow cytometry. The microbiology segment grabbed an XX% share of the global sepsis diagnostics market and will witness a considerable CAGR of XX% during the forecast period (2021-2027F) owing to extensive use of this technology for the diagnosis of sepsis as it allows accurate identification of different microorganisms. However, the molecular diagnostics segment is anticipated to grow at a lucrative CAGR in the upcoming years.

Based on the product, the global sepsis diagnostics market is segmented into blood culture media, assay & reagents, instruments, and software. The blood media culture occupied a substantial share and is expected to grow at a CAGR of XX% during the forecast period 2021-2027 owing to the easy availability of blood culture media in the market and the rising utilization of this media by various hospitals as well as pathology laboratories. However, the software segment is also anticipated to grow with the highest CAGR over the projected timeframe.

For a detailed analysis of the technology of sepsis diagnostics browse through – https://univdatos.com/report/sepsis-diagnostics-market/

Based on pathogen, the sepsis diagnostics market is divided into bacterial, fungal, viral, and others. The bacterial segment accounted for a significant market share in 2020 and it is estimated that it will exhibit considerable growth during the forecast period. This can be due to the high prevalence of bacterial sepsis among patients across the globe. Moreover, the increasing R&D activities and swift regulatory approval of new and advanced solutions for bacterial sepsis are also some of the factors expected to significantly support the growth of this segment.

Additionally, the report provides detailed report also provides insights into the global sepsis diagnostics market according to the regions such as North America (United States, Canada, and the Rest of North America), Europe (Germany, France, Italy, Spain, United Kingdom, and Rest of Europe), Asia-Pacific (China, India, Australia, Japan, and Rest of APAC), Rest of World has been conducted. North America dominated the market and generated revenue of USD XX billion in 2020 owing to the well-established market players and frequent product launches.

Request for Sample of the report browse through – https://univdatos.com/get-a-free-sample-form-php/?product_id=18431 Global Automated Microbiology Market is expected to grow significantly by 2027 expanding at a r .. Global medical gas market is expected to grow significantly by 2027 expanding at a reasonable C .. 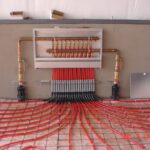