Sodium Silicate is also called water glass or liquid glass. These compounds are colorless or transparent solid or white powders which are also soluble in various amounts. Sodium Silicate can be used as a cement, binder, filler, and adhesive. In addition, it is used as a wall coating, in concrete, as fireproofing material, and as a sealant. Moreover, it is mainly used to preserve eggs and wood. Sodium silicate is eco-friendly and has a non-toxic nature of sodium silicate positions as and favorable alternative amidst increasingly stringent anti-pollution government policies. Readily available raw materials such as silica sand, soda ash, and rice husk further propel the manufacturing of sodium silicate. Furthermore, many rising environmental concerns are impelling the manufacturing shift among paper and pulp manufacturers to adopt eco-friendly raw materials. Similarly, water treatment and soil stabilization applications employ sodium silicate as a cleaning agent and pH stabilizer. However, these factors will bolster the market demand for sodium silicate during the forecast years. The global sodium silicate market is expected to witness a CAGR of around 4% during the forecast period (2022-2028).

For a detailed analysis of the global Sodium silicate market browse through – https://univdatos.com/report/sodium-silicate-market/

Based on application, the market is fragmented into construction, pulp & paper, detergents, water treatment, food preservation, precipitated silica, and others. Over the forthcoming years, the detergent segment is rising due to its use in the global market which is likely to boost the demand for the sodium silicate market. The use of detergent is to control the corrosion, alkalization, and emulsion of fats and organic oils, and reduce the calcium and magnesium hardness. These operations are performed in different industries such as dairy equipment, de-inking paper, metal cleaning, textile processing, laundering, washing dishes, and others.

Request for a Sample of the report browse through – https://univdatos.com/get-a-free-sample-form-php/?product_id=28567

For a better understanding of the market adoption of the scrubber system, the market is analyzed based on its worldwide presence in the regions such as North America; Europe; Asia-Pacific; and the Rest of World. Asia-Pacific holds significant growth in the sodium silicate market due to the presence of numerous detergent manufacturers in the region. In addition, China is one of the biggest water consumers with a consumption volume of 581 billion cubic meters of drinking water additive for human consumption which is driving the market growth of sodium silicate. Due to the use of sodium silicate in water treatment as is approved as a drinking water additive for human consumption. Furthermore, according to the National Bureau of Statistics, paper and paper product manufacturers in China generated a revenue of more than USD 201 billion in 2021 with a gross profit of USD 13 billion, which amounted to a 21.2% year-on-year growth of sodium silicate in the Asia-Pacific region.

photovoltaic market is expected to foresee significant growth. Asia-Pacific to lead the growth!

Global photovoltaic market is expected to reach the market valuation of US$ XX billion by 2027 .. 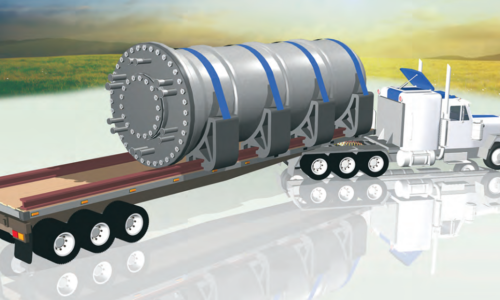 Small Modular Reactor Market is expected to exceed the market valuation of more than US$ ~12 bi ..