Solar Cells market is expected to exceed the market valuation of more than US$ XX billion by 2027 expanding at a reasonable CAGR of around XX% during the forecast period (2021-2027). At the end of 2019, there were a cumulative of 648 GW of PV installed compared to 527 GW installed in 2018. Roughly 20% of the installed PVs were in residential rooftops, 20% in commercial buildings (hotels and malls) and 60% utility plants connected to the grid. Use of solar PVs has increased tremendously in last several years and has become the most influential in the last few years. Utility market is also the most cost-efficient as land, labor and material costs can spread over huge quantities. Electricity generated by solar energy is at its peak during the day when it is required the most. The lower growth rate in 2018 was mainly due to China where installations fell from 53 gigawatts in 2017 to 45 gigawatts in 2018 because of re-evaluation of the annual solar fund in China. The recent pressure by government organization and environment scientists is encouraging the industry growth.

How much money one can save from installing solar panels depends on the number of factors. Firstly, the daily sunlight hours, size and angle of the solar panel effect these savings. Additionally, the local electricity rates also influence how much one saves.  For example, the average annual electricity rate in the United States is 10,649 kilowatt-hours (kWh). This multiplied by the national electricity rate (US$ 0.1360 per kWh) leads to a total electricity spending of US$ 1,450 in a year. Over the past decade, the national electricity rate in the United States increases at the rate of 2.2% per year. As solar systems are an up-front investment, the only costs include the installation and added electricity costs sometimes when panels do not offset 100% of the electricity use. In a study done in Australia, it is estimated that using solar panels can save up to US$ 21,867 in 10 years and US$ 54,668 in 25 years. These are good savings when it is also helping decrease carbon emissions and the low maintenance cost is an added benefit to solar panel installations.

For a detailed analysis of the Solar Cells Market browse through – https://univdatos.com/report/solar-cells-market/

The covid-19 pandemic brought the world to a standstill. Even energy related emissions declined 8% and the energy demand declined by 6%, mostly due to the closing down of factories for a long time. In the United States, the use of renewable energy consumption increased by 40% during this time and there was a 45% increase in India during the first ten weeks of the lockdown. The global renewable energy generation during this time rose by 3%, primarily the solar and wind projects which became online in the last. Additionally, approximately 50 GW of renewable energy was generated in the first half of 2020 and over 13 countries were awarded for new renewable capacity addition.

Based on Technology, the Solar Cells market is segmented into Photovoltaic Systems and Concentrated Solar Power Systems. Amongst technology, the Photovoltaic Systems segment of the Solar Cells market was valued at US$ XX billion in 2020 and is likely to reach US$ XX billion by 2027 and is growing at a CAGR of XX% from 2021-2027. Photovoltaic (PV) Systems are composed of one or more solar panels which are combined with an inverter and some electrical and mechanical hardware which uses energy from the sun to generate electricity. The global solar photovoltaic capacity has grown from 5 GW in 2005 to around 509.3 GW in 2018.

Request for Sample of the report browse through – https://univdatos.com/get-a-free-sample-form-php/?product_id=6191

Based on Application, the Solar Cells market is segmented into Residential, Commercial, Industrial, and Others. The industrial segment generated revenue of US$ XX billion in 2020 and is expected to grow at a CAGR of XX% during the forecast period to reach a market valuation of US$ XX billion by 2027F. Solar panels are increasingly being used in industries because of their capability to reduce electrical expenses. For example, in a typical industry, the electricity bill of warehouses is 15% of the total cost. Using Solar energy can decrease this cost by 20%.

Based on End-User, the Solar Cells market is segmented into Electricity Generation, Lighting, Heating, and Charging. Amongst end-user, the Electricity Generation segment of the Solar Cells market was valued at US$ XX billion in 2020 and is likely to reach US$ XX billion by 2027 and is growing at a CAGR of XX% from 2021-2027. A single photovoltaic cell generates about 2 watts of electricity. Hundreds of solar cells can be connected to form solar panels which can then generates thousands of kilowatts of electric power. Most present-day photovoltaic cells have the efficiency of about 15-20%.

Feel free to contact us for any queries – https://univdatos.com/get-a-free-sample-form-php/?product_id=6191 The Generic Drugs Market is expected to foresee significant growth. Asia-Pacific to lead the growth!

The global generic drugs market is expected to witness a robust CAGR of around 7% owing to the .. The global Building Insulation Materials Market is expected to showcase a CAGR of ~4% during th .. 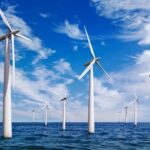 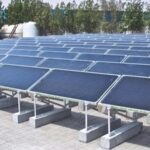