Variable speed generator market is likely to witness an impressive CAGR of ~8% during the forecast period. This is mainly due to the rapid industrialization and urbanization, growing cognizance of renewable energy, and imposing government directives on energy-efficient power generation systems. Furthermore, the growing implementation of variable speed generators in aerospace and marine applications is expected to drive the market. In recent years, interest in variable speed units as a driver of certain commercial vessels has gained interest. Variable speed technology allows the speed of an engine to be regulated and adjusted according to the electrical load that is connected, which makes it more economical to run. For instance, as per mtu (Rolls-Royce Solutions GmbH) – Compared to traditional, constant speed units, variable units can offer several advantages, such as up to 15 percent reduction in fuel consumption; up to 20 percent increase in time between overhauls; lower noise emissions; and increased power density with less installation space. Thus, the global Variable Speed Generator market to grow at an exponential CAGR of ~8% during the forecast period.

For a detailed analysis of the Variable Speed Generator Market browse through https://univdatos.com/report/variable-speed-generator-market/

With industries, schools, offices, and factories closed across the globe as a result of the coronavirus pandemic, the energy requirements of most countries fell lower than usual. Even though residential energy consumption grew slightly, there was a decline in the overall energy consumption, especially due to industrial usage. During the lockdown, there was the curtailment of many activities, e.g. mobility, economic activity, construction, and manufacturing, which has dropped the global energy demand. The latest data from July 2020 shows that, as compared to the same period in 2019, the peak reduction rates of electricity consumption in France, Germany, Italy, Spain, the U.K., China, and India were more than 10%. The weekly energy demand was estimated to be cut by approximately 9% under limited restriction, 17% under partial lockdown, and approximately 24% under full lockdown. However, the market has witnessed positive growth since the opening of the lockdown.

For a detailed analysis of the Generator Type in the Variable Speed Generator Market browse through https://univdatos.com/get-a-free-sample-form-php/?product_id=19125

Based on generator type, the market is bifurcated into SEIG, DFIG, WRIG, and PMSG. During the forecast period, Permanent Magnet Synchronous Generator (PMSG) to witness significant growth during the forecast period. Synchronous generators are the majority source of commercial electrical energy. They are commonly used to convert the mechanical power output of steam turbines, gas turbines, reciprocating engines, and hydro turbines into electrical power for the grid.

On the basis of technology, the market is categorized into power electronics and mechanical. Among the two, power electronics category to witness a significant increase in the overall share during the forecast period owing to the technological advancements in the sector. VSG using a power converter reduces fuel consumption by 20 to 50%. Accordingly, this increases system efficiency reduces GHG emissions and improves fuel combustion. Thus, creating demand for power electronics in VSG.

For a detailed analysis of the Application in the Variable Speed Generator Market browse through https://univdatos.com/get-a-free-sample-form-php/?product_id=19125

For a better understanding of the market adoption of Variable Speed Generator Industry, the market is analyzed based on its worldwide presence in the countries such as North America (United States, Canada, and the Rest of North America), Europe (Germany, France, Italy, Spain, United Kingdom and Rest of Europe), Asia-Pacific (China, Japan, India, South Korea, and Rest of APAC), and Rest of World. During the forecast period, APAC is expected to witness highest CAGR owing to the growing focus on renewable power generation coupled with modernization, and upgradation of aging power infrastructure across applications and end-use verticals.

Request for Sample of the report browse through https://univdatos.com/get-a-free-sample-form-php/?product_id=19125

Some of the major players operating in the market include ABB Ltd., Siemens AG, Yanmar Co. Ltd., GE Renewable Energy, Ausonia S.r.l., Caterpillar Inc., Wärtsilä Corporation, Innovus Power Inc., Cummins Inc., and Rolls-Royce (mtu). Several M&As along with partnerships have been undertaken by these players to boost their presence in different regions. Electrocautery Enhanced Delivery System Hold Huge Potential To Lower The Prevalence Of Walled Off Necrosis In Pancreatitis. North America To Witness The Highest Market Growth For The Device 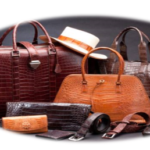