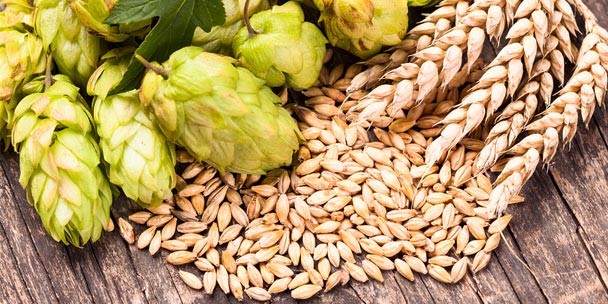 Global Brewing Ingredients Market is expected to foresee significant growth during the forecast period. Europe to witness the highest growth

Global Brewing Ingredients Market is expected to reach the market valuation of US$ XX million by 2027 expanding at a reasonable CAGR of XX% during the forecast period (2021-2027) from US$ XX million in 2020. There are four basic ingredients in beer: Malt, hops, yeast, and water. They all are used in varying proportions depending on the style being made.  Malt provides fermentable material and is a determinant of the strength and flavor of the beer. Hops contribute a bitterness that balances the sweetness of the malt. Yeast is a living organism that converts sugar to alcohol.

The demand for Brewing Ingredients is witnessing an uptick on account of the emerging beer demand across the globe specifically from millenniums owing to the rise in awareness about the benefits such as high protein and other nutritious content and reduced carb, sugar, and alcohol content. Global beer consumption reached 189.05 kiloliters in 2019, which increased by 0.5% or from 188.79 million kiloliters in 2018.

For a detailed analysis of Brewing Ingredients browse through – https://univdatos.com/report/brewing-ingredients-market/

As per a report by Kirin, Asia is the largest consumer of alcoholic drinks. Asian and African regions spending more on beer, logging year-on-year gains of 0.7% and 5.2%, respectively. The top five beer-consuming countries are China, the US, Brazil, Mexico, and Germany. Of the five, China, the US, and Germany saw consumption declines of 20%, 3.5%, and 5.4% respectively, whereas Brazil and Mexico witnessed consumption growth, the Beverage Marketing Corporation (BMC), New York, reports.

An increase in alcohol consumption contributed to the growth of the beer market during the historic period. Globally, there has been an increase in alcohol consumption during the historic period. As per Statista, European countries such as Czech Republic, Namibia, Austria, Germany, and Poland are the leading counties in terms of beer consumption per capita. The beer consumption per capita in the countries is 143.3, 108, 106, 104.2, and 100.8 liters per capita respectively. Furthermore, a rise in disposable income across countries is also a key factor contributing to the growing demand for beers. Therefore, the demand for brewing ingredients is on the rise. As per OCED, the household disposable income in countries such as Canada, Germany, Sweden, and European Union has increased from 31 940, 35,492, 31,702 and 27,555 in 2015 to 39,006, 42,744, 35,419 and 33,484 in 2020.

Request for Sample of the report browse through – https://univdatos.com/get-a-free-sample-form-php/?product_id=6838

The COVID-19 pandemic has fetched several challenges. The manufacturing sector, which has a share of around 53% in the global economy witnessed a slowdown in their operations due to covid -19. The food and beverage sector also experienced a drastic decrease in the consumption of their products. Moreover, due to lockdowns in several parts of the world and restrictions on transportation of commodities, companies were also facing disrupted supply chains. The reduced agricultural production interrupting the raw material supply, lack of workers in manufacturing plants, and disturbances in the distribution system has disrupted supply chains, which impacted the brewing ingredients supply too

Based on Source Type, the market is fragmented into Malt Extract, Adjuncts/Grains, Hops, Beer Yeast, and Beer Additives. The malt extract segment dominated the market in 2020 accounted for XX% and is anticipated to maintain its dominance during the forecast period as the extract is mainly produced from barley. Moreover, the Global Barley production has increased from 145.30 million metric tons in 2014 to 158.98 million metric tons in 2020.

Based on the Brewery Type, the market is mainly fragmented into Macro Brewery and Craft Brewery. The Macro Brewery segment dominated the market in 2020 and gathered XX% in 2020. Moreover, the segment is anticipated to maintain its dominance during the analyzed period. However, the craft brewery segment is anticipated to witness the skyrocketed CAGR during the forecast period. As per the brewers association, craft beers contributed 13.3% market share in the U.S Beer market in 2020.

Feel free to contact us for any queries – https://univdatos.com/get-a-free-sample-form-php/?product_id=6838

Additionally, the report provides detailed initiatives that are being taken in the field of Brewing Ingredients. The market is classified into distinct regions including North America (the U.S, Canada, Rest of North America), Europe (Germany, France, Spain, Italy, and United Kingdom and Rest of Europe), Asia-Pacific (China, Japan, Australia, India, South Korea, and the Rest of APAC), Rest of World has been conducted. Asia-Pacific region dominated the market with US$ XX million in 2020. However, the European region is expected to witness the highest CAGR during the forecast period on account of rising beer consumption per capita in the European countries. Global Head-Up Display Market is anticipated to reach the market valuation of US$ 3,4 .. Global Luxury leather goods are expected to grow at a CAGR of around 5% during the forecast per .. 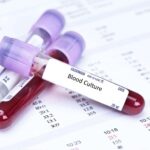