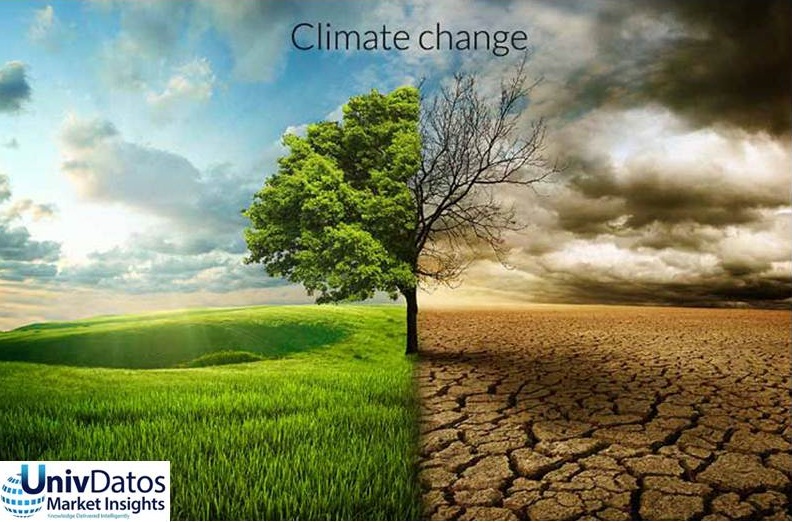 The Agriculture and Climate can be said to be inextricably linked where climate tends to play a vital role in agricultural production. The major factor behind the change in climate is the emission of “greenhouse” gases in the atmosphere quintessentially from burning fossil fuels. This very effect of the change in climate can be easily witnessed in the Agriculture sector by means of increasing temperature. The frequent variations in heat waves, precipitation, droughts, floods, storms and tornados are most likely to impact agricultural production.

The possible negative impacts of Climate change on Agriculture:

There are few positives, too, attached to this happenstance. Talking about the positive effects of high levels of CO2 (the main greenhouse gas), few crops such as potato, soybean, wheat and rice can see a rise in their harvesting. On the other hand, we may see some negative impact of high temperature on livestock and dairy production. The increasing temperature is likely to cause a decline in reduced animal weight gain, decline in dairy production & reproduction in warm regions.

According to the United Nations Department of Economic and Social Affairs (UN/DESA), the total population of the world could increase to 9.7 billion people by 2050, compared to today’s 7.5 billion.  Simultaneously, crop yields mainly grain and corn, are expected to decrease by 50% over the next 35 years because of frequent change in climatic conditions.

Apart from other factors, Agriculture is one of the major contributors to changing climate by generating the highest amount of CO2 emissions. It is said that Agriculture is contributing a significant share of greenhouse gas which is around 17%, whereas additionally 7% to 14% is caused from changes in land use.

The continuous rise in temperature affects the flowering in plants and leads toan increase of pests that ultimately heightens disease buildup. Flood and heavy rain over a small duration of time may cause extensive damage to crops. Agriculture contributes about 15% of Indian GDP and climate change can have a higher impact on the Indian GDP. It is expected that by 2030 some crops such as rice and wheat can see 6% to 10% decrease in the overall yield.

Agriculture is regarded as an important source of greenhouse gas emissions which is heavily affected by climate change in the past few years. Modification and revision have to be prioritized from the end of farmers as well as policymakers in order to harmonize efforts to reduce emissions from the agricultural sector and to meet the growing demands for food proceeds. It needs a paradigm shift to balance our activities so that the climate remains cordial to us. The e-rickshaw service in India is pollution-free and green in nature as there is no emission o ..