Human health has been and always will be influenced by changing climate and weather condition. Changing climate and climate variability, especially to extreme weather condition affect the environment that provides us with clean air, food, water, shelter and security among other essentials necessary for human race to survive on the planet. Climate change paired with natural and man-made health stressors, have significant impact on human health and well-being in number of ways. Healthcare sector is observed and might play a crucial role in changing climate scenario. Energy usage in medical facilities including the hospital and other similar organisations is highly intensive. In fact, hospitals or similar facility utilizes two times more energy per square foot compared to any traditional office space. Many health care facilities occupy aging, energy inefficient buildings, operating 24*365 days a year. In total, each year the healthcare sector spends USD 5.3 billion on energy.

Lancet Commission on Health and Climate Change is formed to assess the climate change and its impacts and policy responses in pursuit of high-standards of global health and the effects of climate change that is witnessed today and the projection of catastrophic risk of climatic change to human health. Before we describe in detail the impact of climate change on human health, it is quite true to indicate that the healthcare sector itself is absurdly making a significant contribution to the changing climate worldwide. Through the product and technology, the sector deploys, energy and resources they consume, amount of waste it generates implies that the healthcare industry is acting as the major source of carbon emissions, which acts as an inadvertent contributor to changing climate that undermine public health issues which would follow in years to come.

Direct effects of the changing climate such as extensive hot weather and its effect on human race, indirect environment condition including air pollution and degraded water quality, social dynamics such as mass migrations and resource pressures are exacerbated by carbon-intensive economy. Increasing carbon-intensive environment would create unsustainable living conditions with devastating impacts on human health. To protect regional and worldwide human health as an impact of climate change, countries needs to move toward an economy based on clean, renewable, healthy energy in turn benefiting both the climate and public health. Heat-related illnesses and death, severe weather-related injuries and mortality, provoked chronic illnesses, rising number of infectious diseases, water and food borne diseases, increases in asthma cases, respiratory allergies, and chronic respiratory disorders, growing malnutrition and child development complications among others are some of the effects that humans would face due to changing climate. Healthcare sector is also evaluating the climate change and its impact on health care costs, services and delivery.

Combating climate change is not a finite goal but is an ongoing effort. Hence, mitigating changing climate would require action at various levels. As individuals, we all need to do our part to reduce the overall emissions and conserve energy at home and in the workplace. Healthcare sector response to climate change requires a multi-faceted practical approach of different member countries. Sector’s commitment to human health can be demonstrated through development and implementation of climate change action plans which has been highlighted in numerous studies published by different governments and research institutions.

Changing Climate over the year is expected to exacerbate human health problems which is already posing major burden to vulnerable population group worldwide. At the BSR’s conference Business in a Climate-Constrained World, it was witnessed that several companies including GSK, Merck and Novo Nordisk are working on setting goals, manage and report on climate adaptation and mitigation performance in different country they operate. These company moving forward can keep a track on passing climate pollutants such as black carbon that contribute to climate change and ultimately having adverse effects on human health to reduce the overall effect of these pollutants.

Do you think that the plant-based food is only for those who are fitness freak? Or for those wh ..

Nowadays the talk of the town is the various ‘Renewable Energy Sources’. But have you ever .. 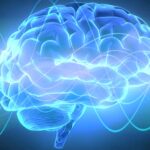