Current And Projected Implications Of Covid-19 Outbreak On Us Businesses

Current Situation of US

Industry which would be most impacted (Current & Projected)

Travel industry has seen growth decline to over 10% YoY. Airlines, OTAs, and Cruise Lines had dramatic declines in bookings since the third week of February and continuing into March, with ~15 to 20% YoY declines. Hotels slowed to zero growth last week from mid to high single-digit growth. The US travel and tourism industry could lose at least $24 billion in foreign spending that would be equivalent to about seven times more than the industry lost during the SARS outbreak in 2003. The US is expected to lose about 1.6 million visitors from mainland China as a result of the coronavirus, which would equate to a 28% decrease when compared to 2019. It is expected that spending from Chinese visitors would reduce by an estimated US$10.3 billion, or 50% of the previously predicted for 2020. It is further estimated that the airline industry in the US may lose up to US$113 billion in revenue in 2020 owing to the outbreak of COVID-19

Disney the market leader announced the delay of three releases, including Mulan and The New Mutants. Broadway shows and all Disney parks closed. Disney shares have reduced to 23%, while ViacomCBS have witnessed a possible downswing, a fall of more than 51% in 2020 so far. As a remedy, the late-night TV shows showcased in New York City would be played without a live audience to combat the outbreak of COVID-19. The NBA has suspended its season and major cultural events have been postponed or canceled, including SXSW, E3, and Coachella. The Coachella and Stagecoach festivals in Indio, California, are moving from April to October. Amid the market slowdown, Netflix has witnessed an increase in its viewership. That would further lead to a slowdown in advertising expenditures by blue-chip companies. Many of Hollywood’s largest players; Disney, Comcast, and AT&T among them have experienced a spurt of transformative acquisitions which has left them with higher levels of debt and restructuring demands

The widespread of the disease have seriously disrupted the production and shipment of Chinese-made auto parts and components to the US, a business worth about US$17 billion last year. Automakers such as GM, Honda, and Hyundai are struggling to maintain supplies, in many cases using air freight to keep supply lines from China open. Centre for Automotive Research (CAR) CEO said that “There will be an impact on (US vehicle) production within a month, month and a half, but it will be felt even sooner on the parts and service side”. It is forecasted that new vehicle sales in 2020 would reduce from 17 million in 2019 to 16.6 million in 2020

China being the 3rd largest and fastest-growing market for exports, which means that US companies are increasingly setting revenue goals, with more reliability on Chinese residents purchasing their products. Apple made a whopping US$52 billion in sales in 2019 by selling its products (mostly iPhones) in China. Because of the coronavirus, Apple temporarily closed some of its more than 40 stores in the country and is currently still operating some under limited hours. Moreover, from smartphones and TVs to appliances and vehicles are likely to get affected through 2020, resulting in a softening of semiconductor and electronics sales for US companies. It is further expected that the situation could shift more work, education, and events to on-line or virtual environments. This would be beneficial for the companies operating in the value chain of electronic products from smartphone, PCs, virtual reality (VR) headsets, and Wi-Fi routers and those offering communications infrastructure, services, applications, and cloud services

In cities such as Seattle, San Francisco, and New York compared the General Merchandise sales have increased compared to the rest of the country. The end of the week on 2nd March witnessed the highest average sales since the start of the year 2020, with sales of general household items reaching US$53, relative to a prior average of US$46 and US$49, respectively in January and February 2020. US footwear imports from China just had their worst January in more than a decade, saw 15.7% year-over-year decline in four years as around 70% of shoes sold in the US come from China. China which represents 23% of Adidas business, with 19% of its manufacturing capacity in China is losing about US$100 million in revenue every week

In late February, the pharmaceutical industry reported the first shortage of a drug due to the COVID-19 outbreak. Booming of E-commerce activity, especially related to healthcare and grocery, is the recent trend of the US market. The country has witnessed an increasing trend in Amazon searches for products such as hand sanitizer and antibacterial soap. Digital shoppers are also willing to convert on products they need with longer delivery windows to avoid going to stores. Dr. Brian Monahan, the physician of Congress and the US Supreme Court, expects about 70 to 150 million people in the US to be infected with COVID-19. About 72% of the manufacturers of pharmaceutical ingredients in the US are overseas, wherein China represents 13%. A top US health official said the worst is yet to come, COVID-19 patients in the hospitals would increase in such a manner that there would be a shortage of doctors and nurses, to provide service in the hospitals in the US

Roofstock, a renowned online marketplace for real estate investors in the US, has witnessed a 450% increase in traffic from Asian countries in the past few months. Mortgage rates in the country have dropped by 3.7%. Majority of the home searchers have suspended their home search in places such as Tampa Bay, Florida and San Antonio, Texas. Further, these searchers have also requested to meet the agents in private places rather than in public spaces. China, the largest foreign buyer of residential units in the US (reported as per the National Association of Realtors’ (NAR) 2019 International Activity). China accounts for US$13.4 billion of US$77.9 billion, representing 17.2% of the foreign market share. Production and economic activities are expected to slow down as people are likely to stay indoors, which will show low consumer spending. The default rate in CRE loans is expected to increase, wherein production and development is expected to decline

Pie shops in numerous cities including New York, Seattle, and San Francisco have lost 000’s of dollars in sales for Pie per day. Companies had cancelled orders as offices close and employees work remotely. Fake COVID-19 products may come in various forms including dietary supplements and other foods, as well as products purporting to be drugs, medical devices, and vaccines, this may place consumers at risk. Restaurants in the country are likely to be affected before the coronavirus itself leaves the headlines

As an effect of the COVID-19 outbreak, various projects associated with utility wind and solar in the US are in the phase of delays through the supply chain and uncertainty about the future. Deliveries are getting extended out due to some real supply chain disruptions. There could be delays in component delivery as a result of the COVID-19 outbreak, which may impact the ability of individual projects deliverable by the end of the year, but the scale and extent of the delay is not yet known

For the research and findings, it is quite clear that the world’s largest market i.e. US is not an exception and the conduction would become worse in the country due to COVID-19 outbreak. Since last week US has witnessed a drastic increase in the COVID-19 cases. The impact of the disease would have a major impact on the industrial sector not only in the US but also in other major developed and developing nations. How the market would react in the near future is hard to evaluate. 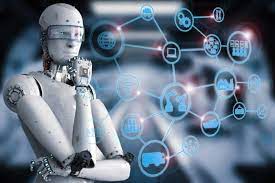 Corona virus which has created a havoc around the world by constantly mutating and becoming mor ..